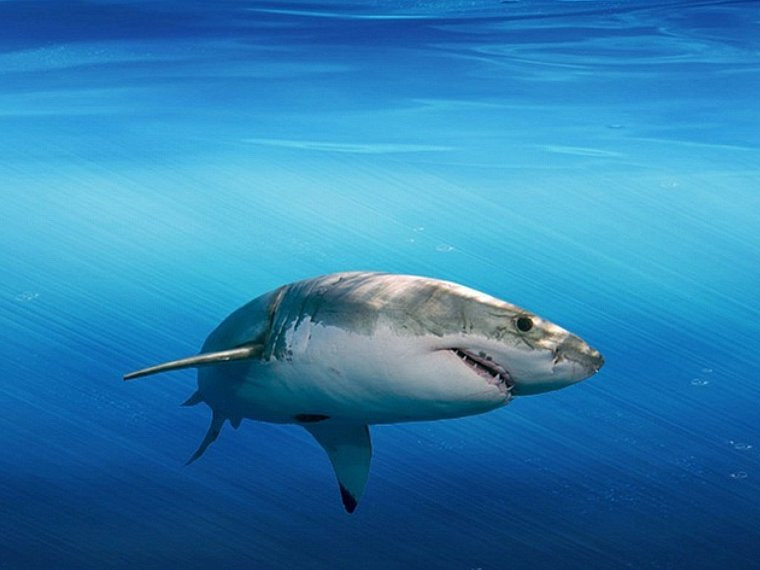 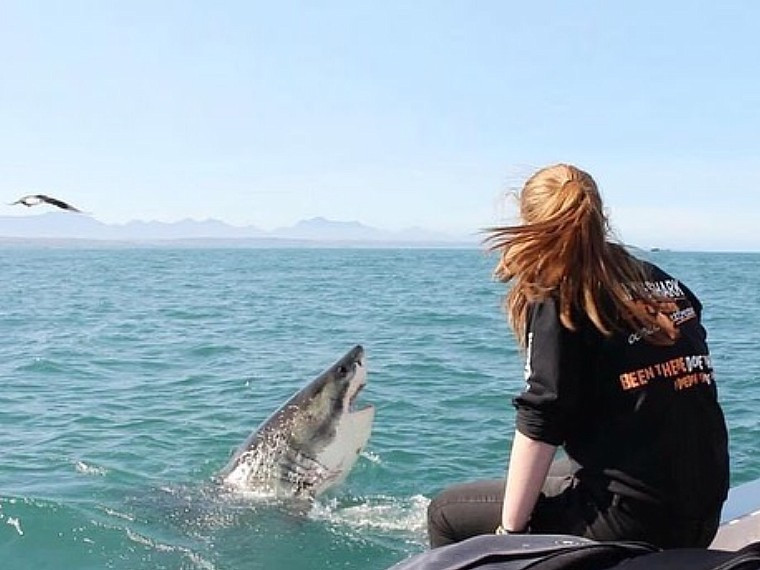 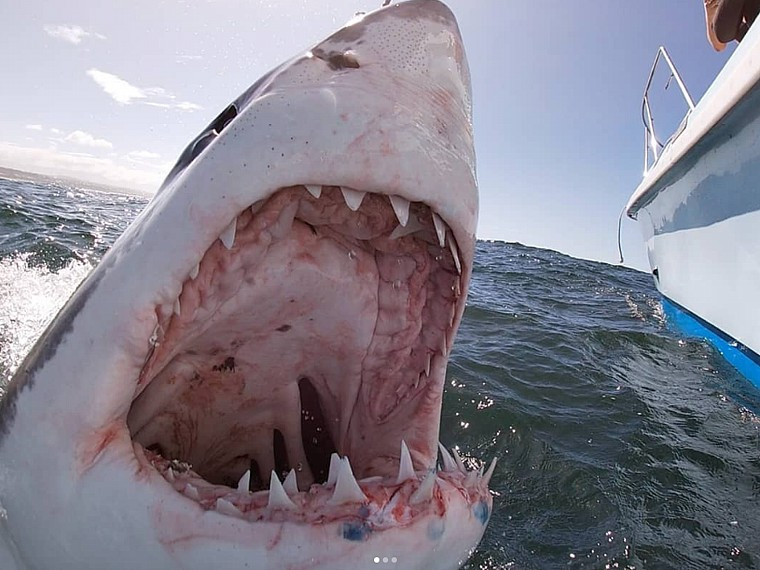 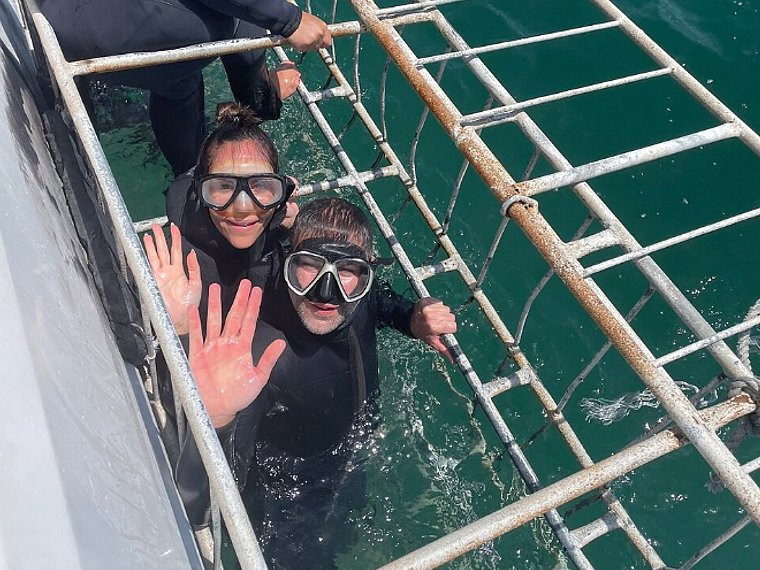 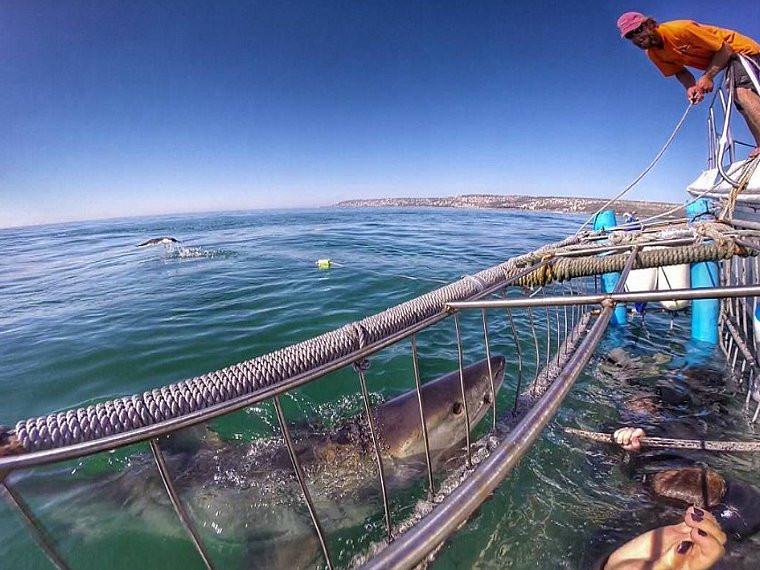 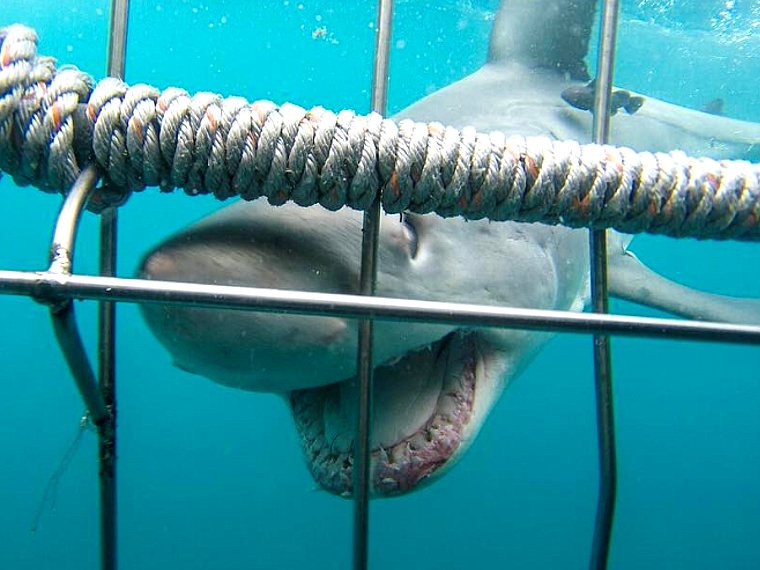 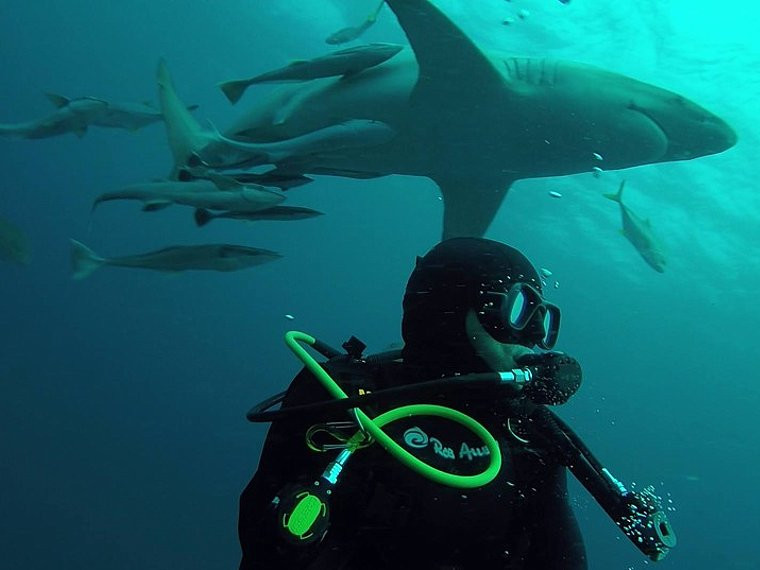 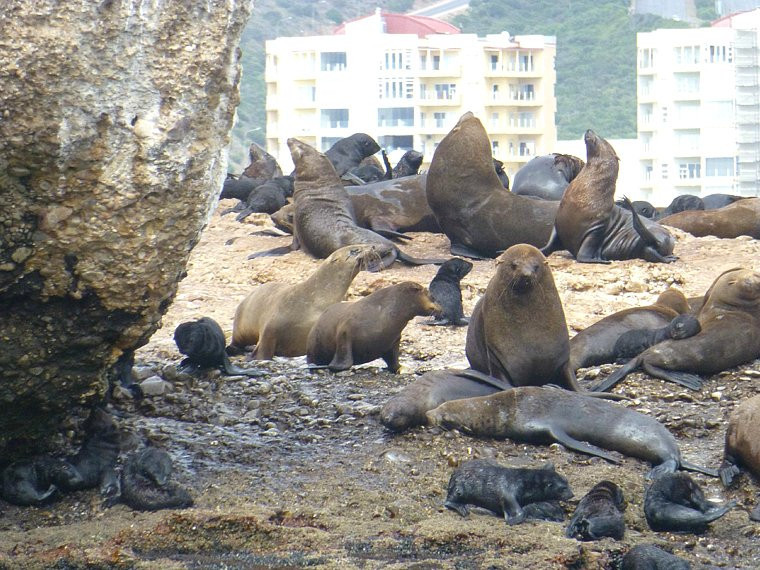 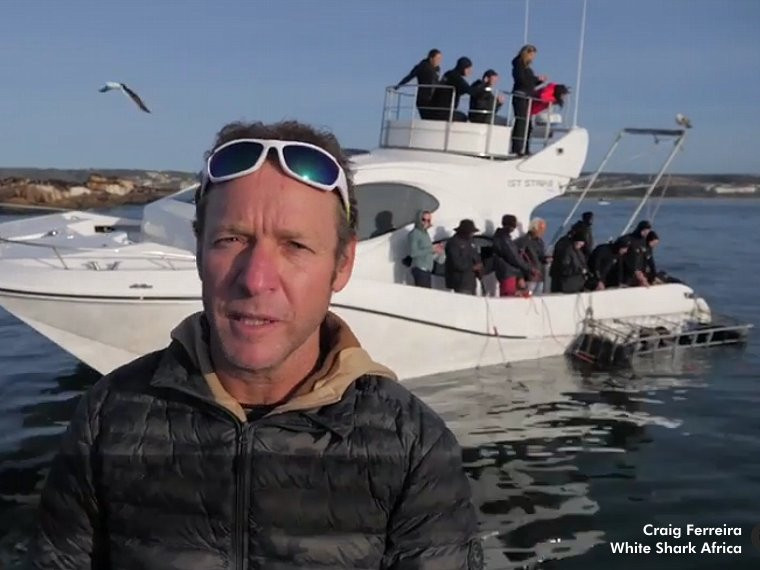 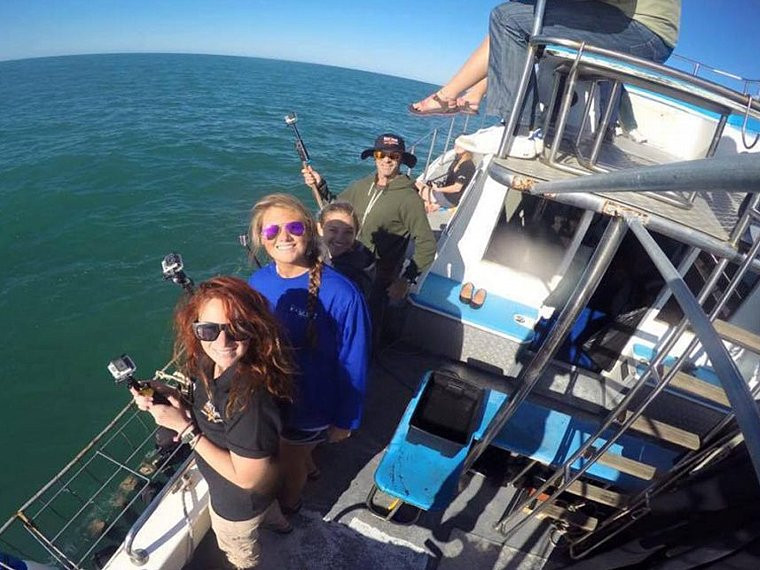 Experience shark cage diving in Mossel Bay with White Shark Africa as well as boat based shark viewing, marine conservation programs and shark research or a shark internship. Founded in 1995, White Shark Africa offers some of the best White Shark diving in the world with a mouthful of adrenaline and the predominant dive spot at Shark Island which is home to a seal colony.

If you would like to come just that little bit closer, to experience the Great White Shark in its natural environment above or under water or perhaps just learn a bit more about them. You have come to the right place. Our team have a proud history in White Shark research, conservation, filming and education so you can be sure that we have a passion and love for these marine animals and their environment. Come and join us for your experience of a lifetime. Our diving and viewing trips are wonderfully educational, enriching for both mind and soul.

Our Boat, “Shark Warrior” is a modern motor cat custom built for shark cage diving which has a large viewing platform on top, space on the main deck for seating and viewing as well as toilet facilities in the main cabin.

As the only White Shark operation along South Africa's Garden Route, we’re afforded the advantage of seals being our only competition for the shark’s attention. Historically, we have an 84 per cent annual average rate of successful shark viewing and diving.

As an added bonus in season, from June to November, you might even spot whales. Schools of up to 500 dolphins make a spectacular sight as well and can often be seen at play in the bay.

The company is co-owned by Craig Ferreira and Christo Kruger. Craig is one of the world’s leading authorities on Great White Sharks, has conducted many research world firsts, has appeared in numerous documentaries, has published two books and speaks about this species around the world. Craig, along with his father Theo, pioneered most of the early research work on White Sharks in South Africa. Through this important work, Theo, together with Scientist Leonard Campagno, were instrumental and the driving force behind South Africa becoming the first country in the world to secure full protection status for the Great White Shark in 1991.

We offer monthly internships and volunteer projects. Christo is a top shark handler, an avid marine conservationist, a very experienced skipper and he spearheads the operation in Mossel Bay. The team of White Shark Africa and Sharkslive consist of some of the worlds top shark scientists, wranglers, film-makers and conservationists. Join our team as a production intern on the Sharkslive production crew to immerse yourselves in bringing the Sharkslive daily production to life. Broadcasting to 1000’s of online shark fanatics throughout the world.

Make the most out of your time At Mossel Bay. With our fully inclusive package, you can enjoy two nights accommodation at a luxury guesthouse, breakfast and a shark cage diving adventure with White Shark Africa.