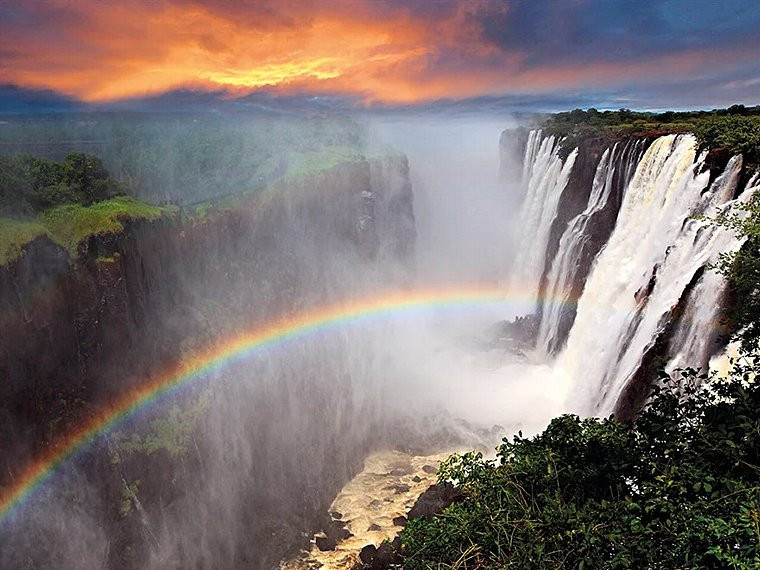 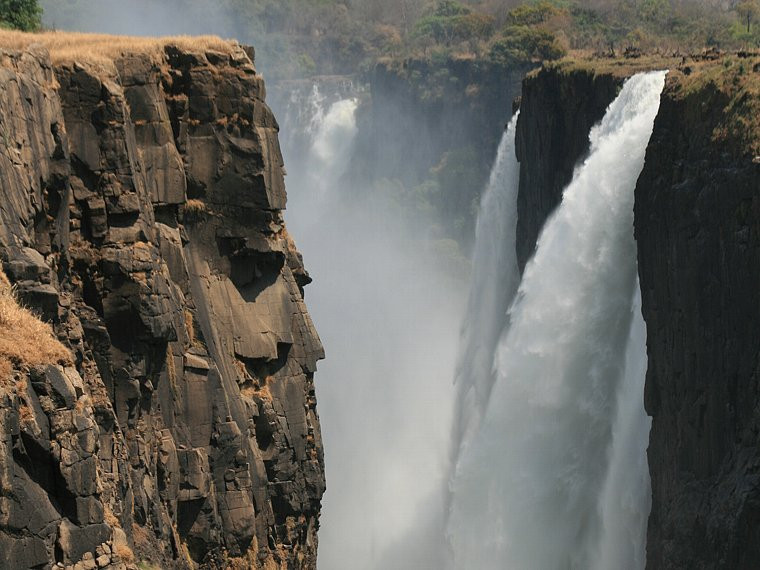 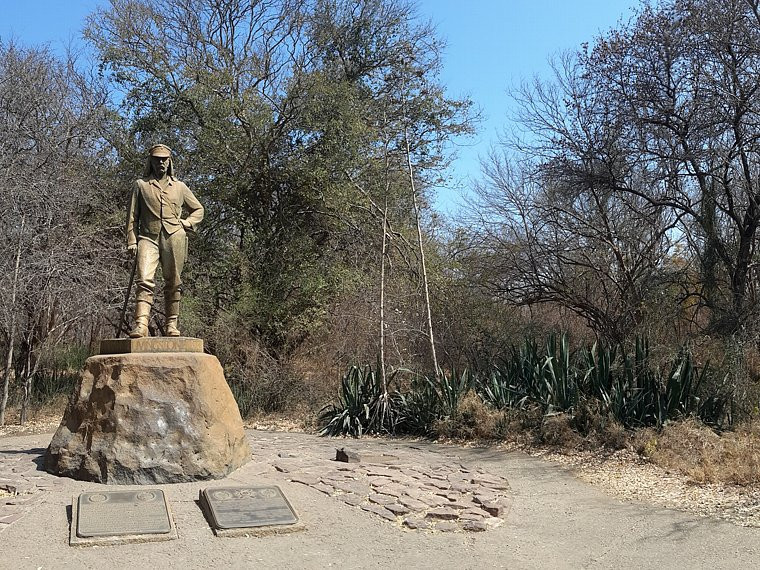 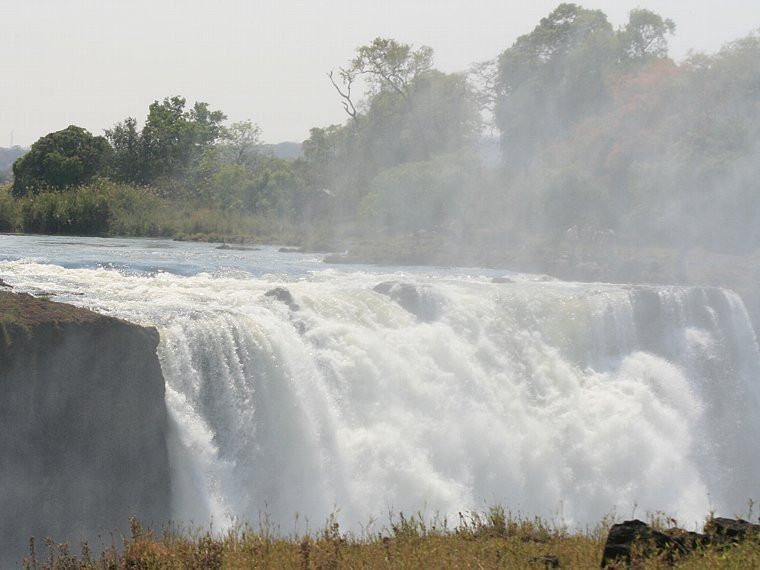 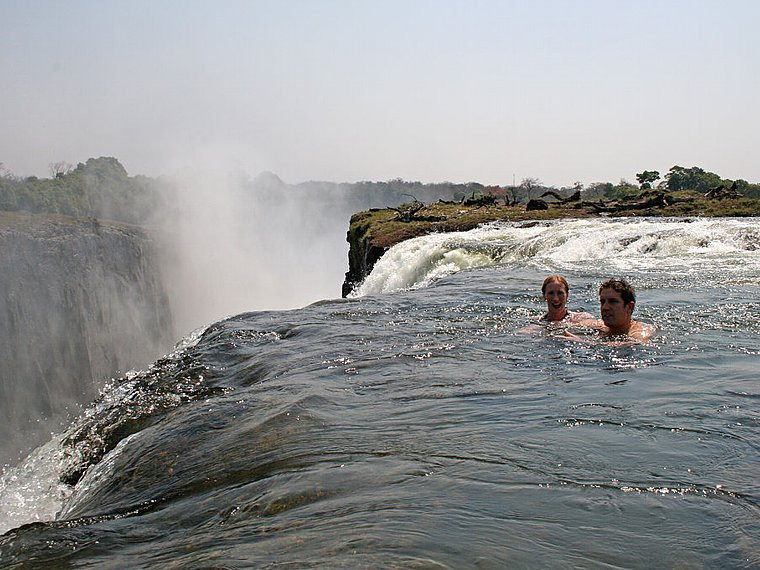 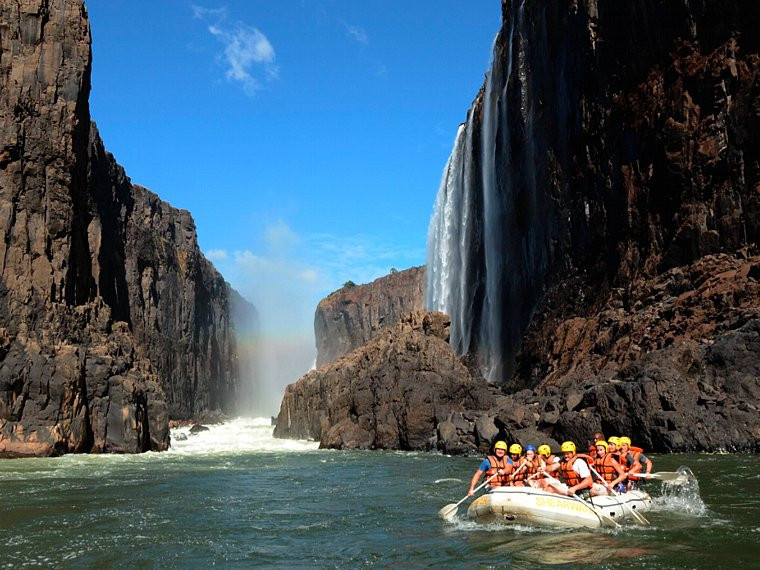 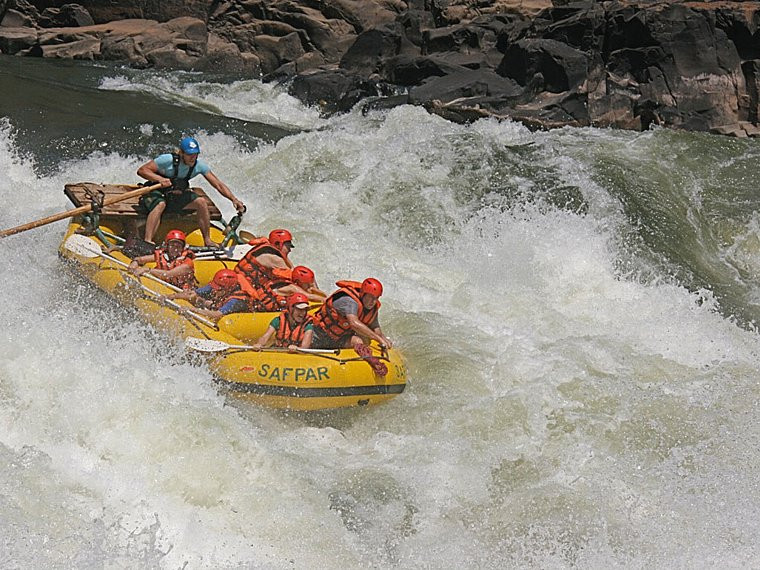 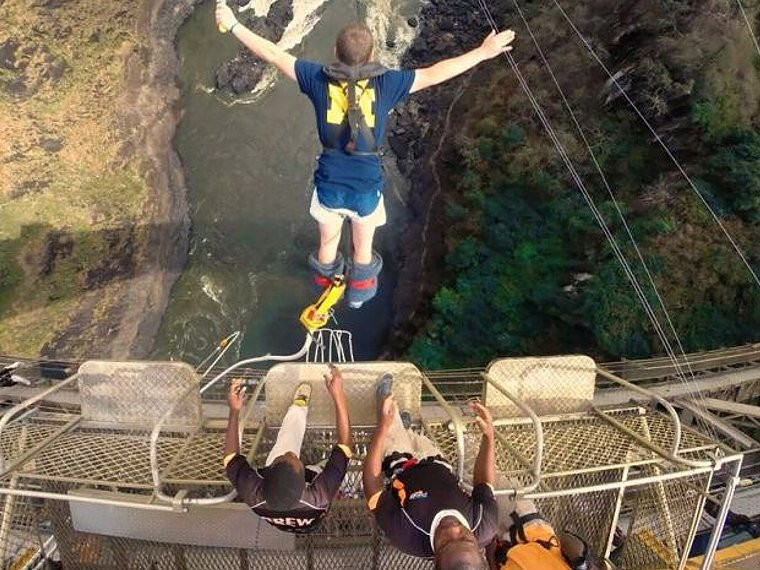 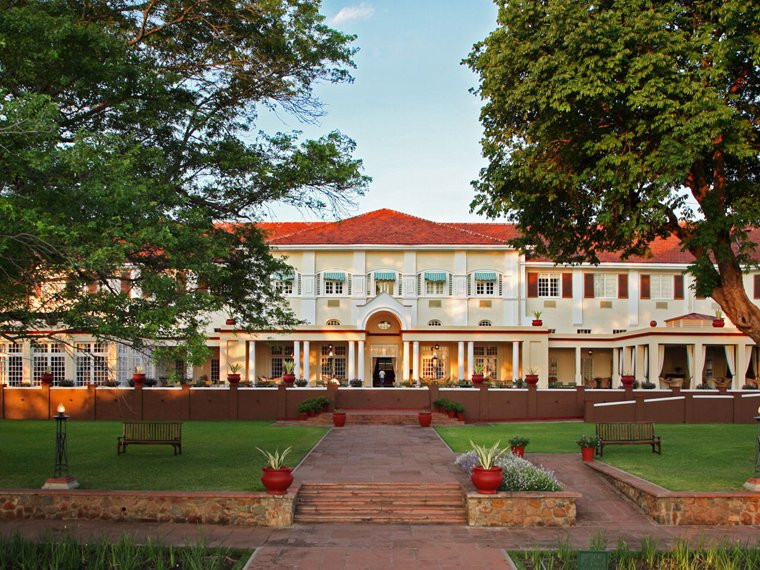 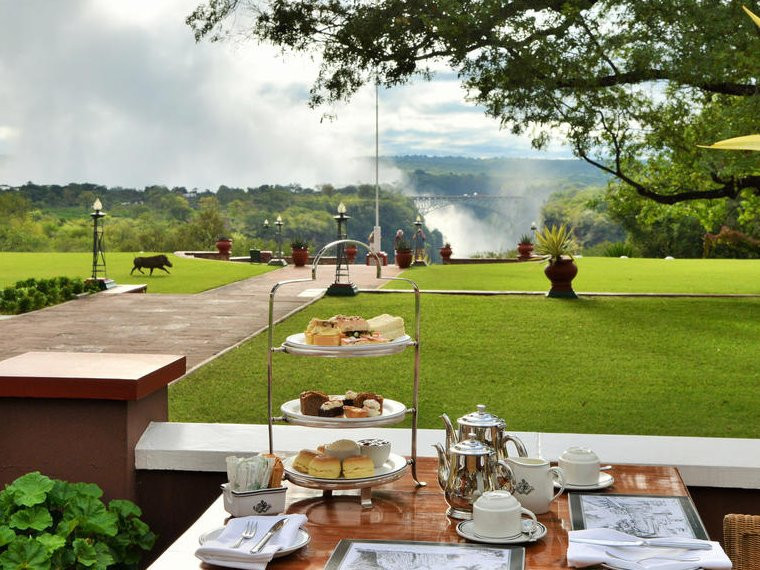 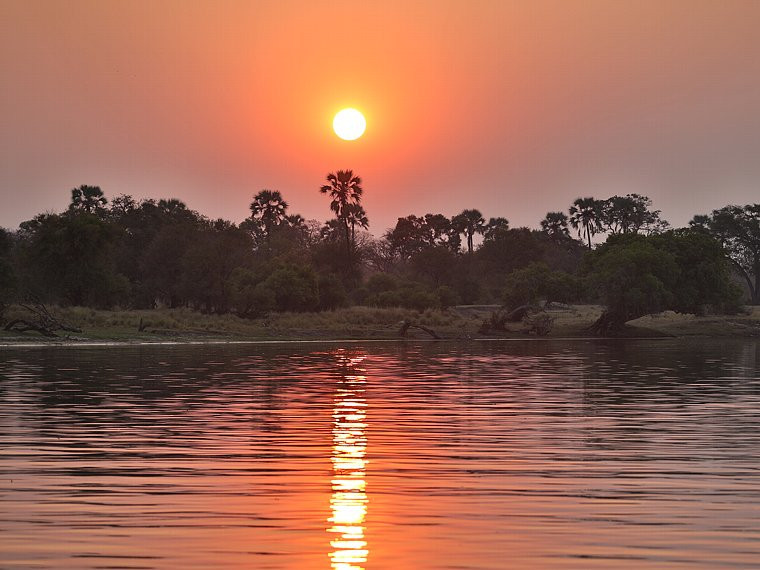 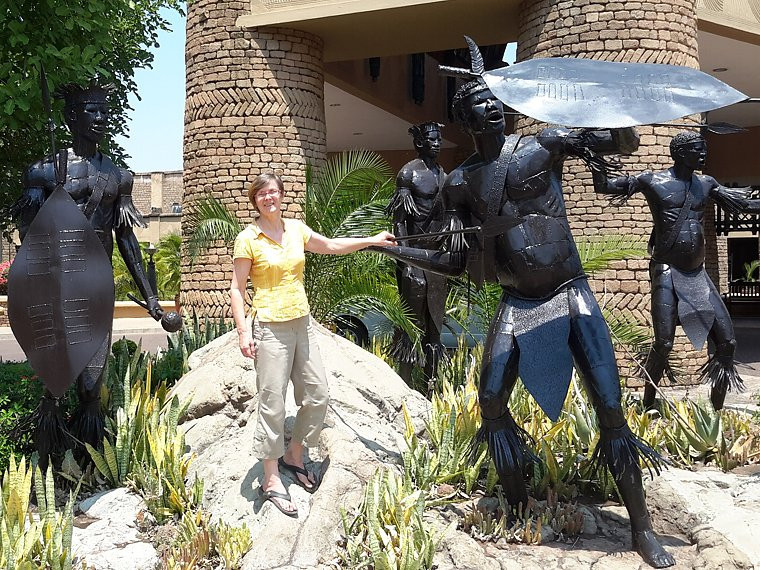 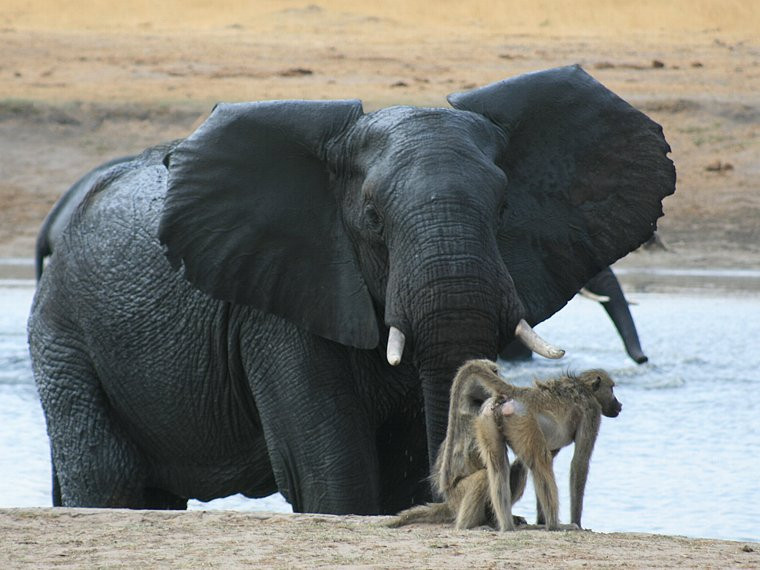 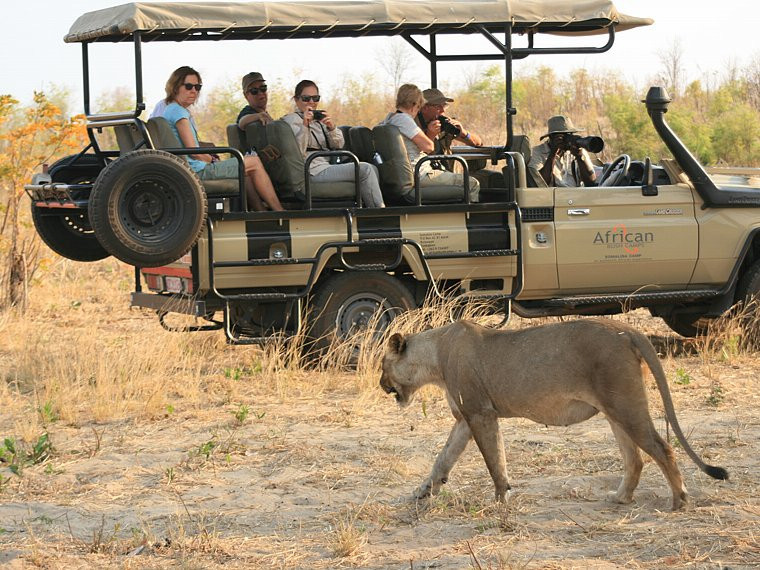 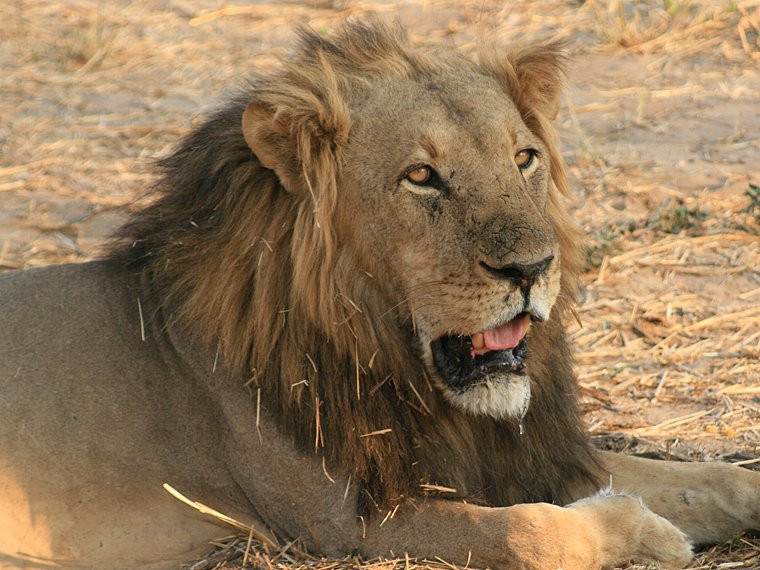 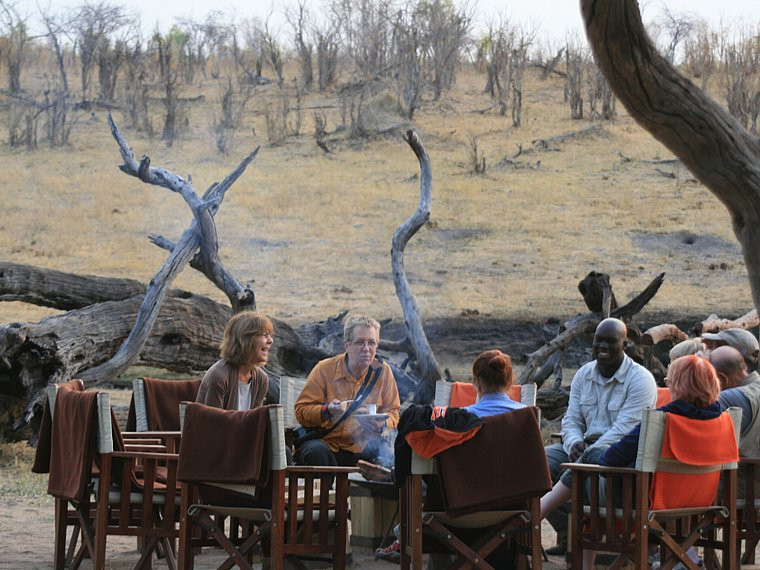 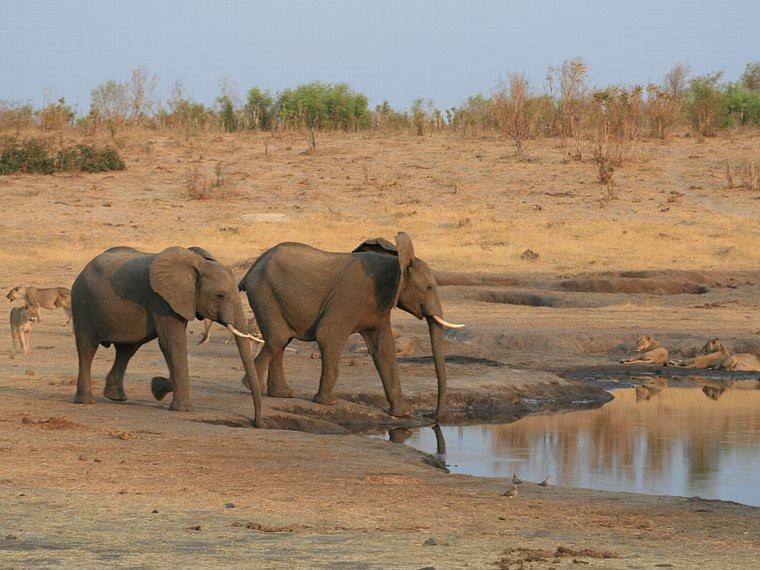 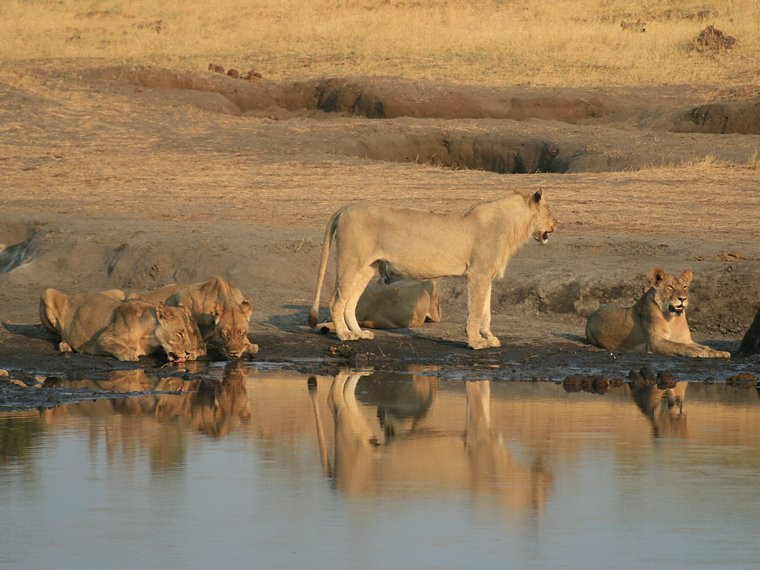 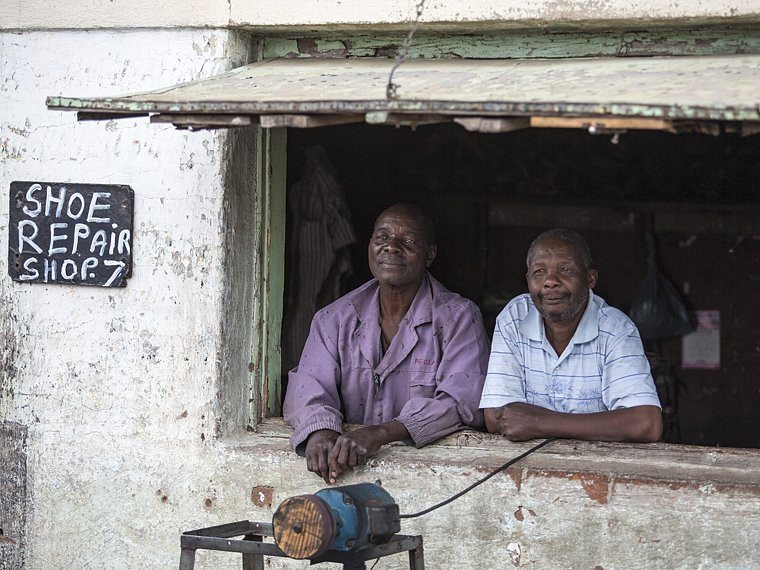 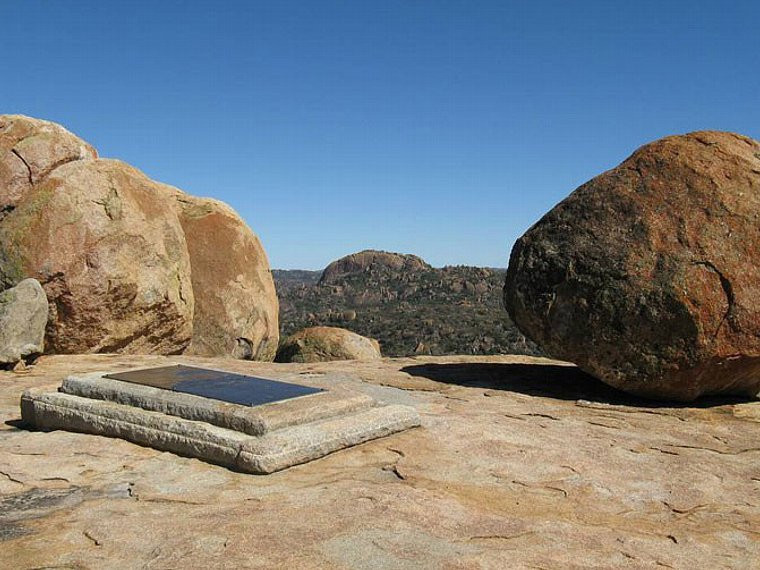 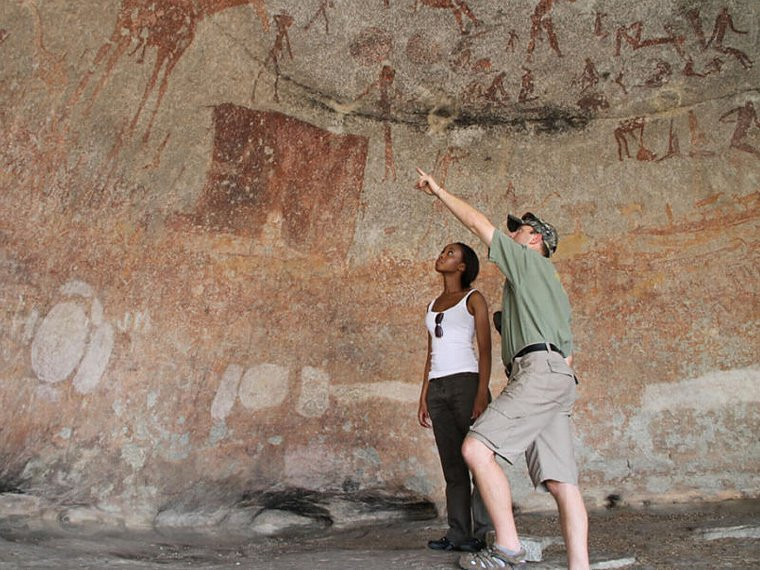 Victoria Falls known as Mosi-oa-Tunya “Smoke that thunders” in the local Tonga language, is the largest single curtain of falling water in the world with a width of over 1700 metres. The water of the Zambezi River thunders down into a 110 metres deep narrow gorge that creates much spray which is pushed upwards at the other side of the gorge resulting in a constant rain that created the famous Zimbabwe Rain Forest with its unique ecosystem. A circular walkway along the edge of the gorge and through the rain forest allows for breathtaking views of the falls and is a botanists dream and bird lovers' paradise with species that don't occur anywhere else.

The slow flowing water of the Zambezi River upstream of the falls is in stark contrast to the white water that makes its way wildly through the narrow gorge downstream of the falls. In fact, one of the most spectacular white water rafting in the world is offered here. The bungee jump from Victoria Falls Bridge which connects Zimbabwe with Zambia is Africa's original bungee jump and has drawn people from around the world, including the famous actor Will Smith to jump into the 111 metres deep abyss.

Hwange, a town in Zimbabwe and Hwange National Park, the largest national park in the country, are both named after a local Nhanzwa chief. The area became the royal hunting grounds to the Ndebele warrior-king Mzilikazi in the early 19 th Century and was set aside as a National Park in 1929 and borders Botswana to the west.
Hwange boasts a tremendous selection of wildlife with over 100 species of mammals and nearly 400 bird species recorded. The elephants of Hwange are world famous and the Park’s elephant population is one of the largest in the world. The park is close to the edge of the Kalahari desert, a region with little water and very sparse vegetation. The north and north-west of the park are dominated by mopane woodland.

Bulawayo is the second-largest city in Zimbabwe after the capital Harare and the majority of Bulawayo’s population belongs to the Ndebele ethnic and language group.
For a long time in Zimbabwe’s history Bulawayo was regarded as the industrial centre of Zimbabwe and the city served as the hub to the country’s rail network with the National Railways of Zimbabwe headquartered there because of its strategic position near Botswana and South Africa. It’s a gateway to Matobo National Park, home to the Matobo Hills rock formations and Stone Age cave art. Park wildlife includes rhinos and black eagles.

Beitbridge is a border town to South Africa which is rich in archaeological and paleontological history as well as diverse wildlife. The area is home to predominantly Venda people as well as other ethnic groups such as the Shona, Ndebele, Sotho and Shangaan.