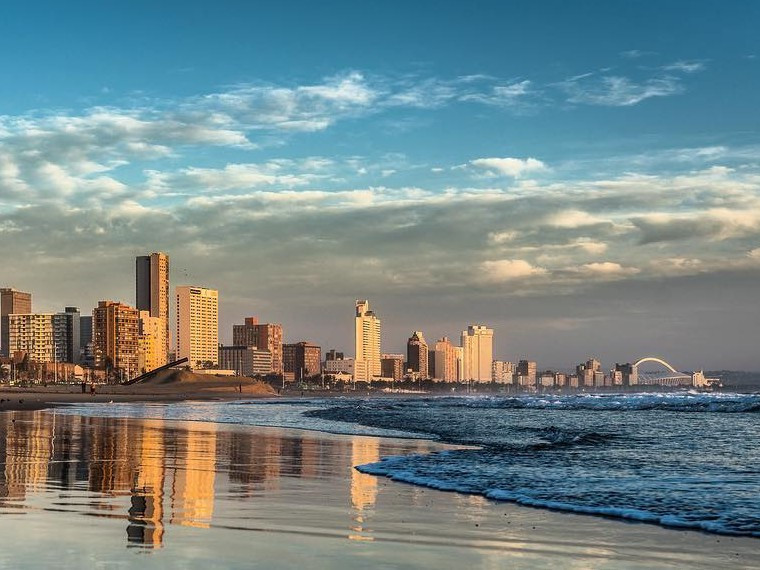 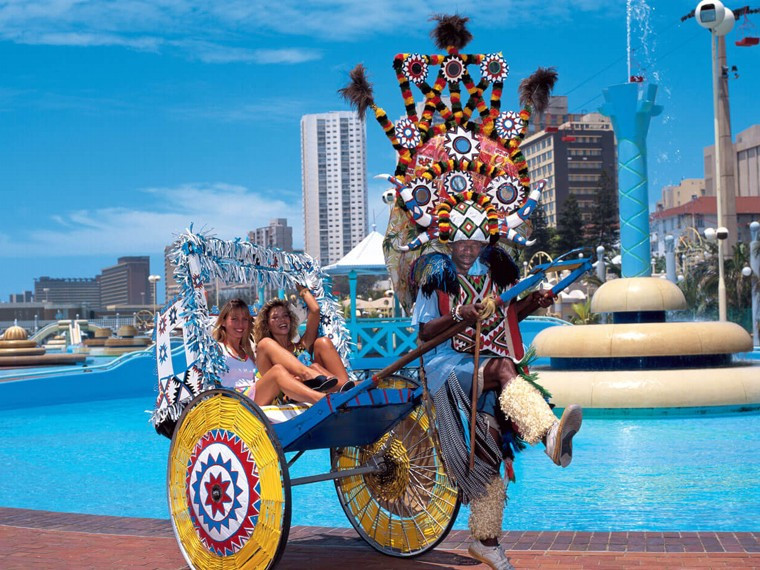 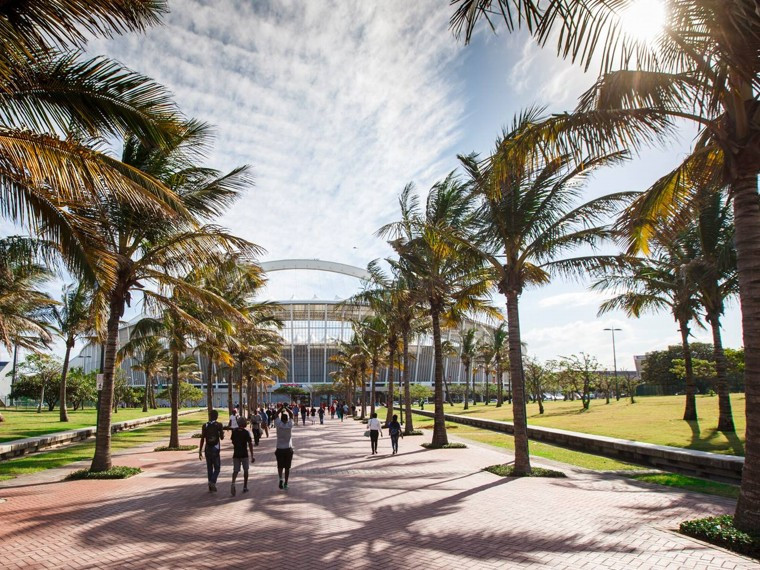 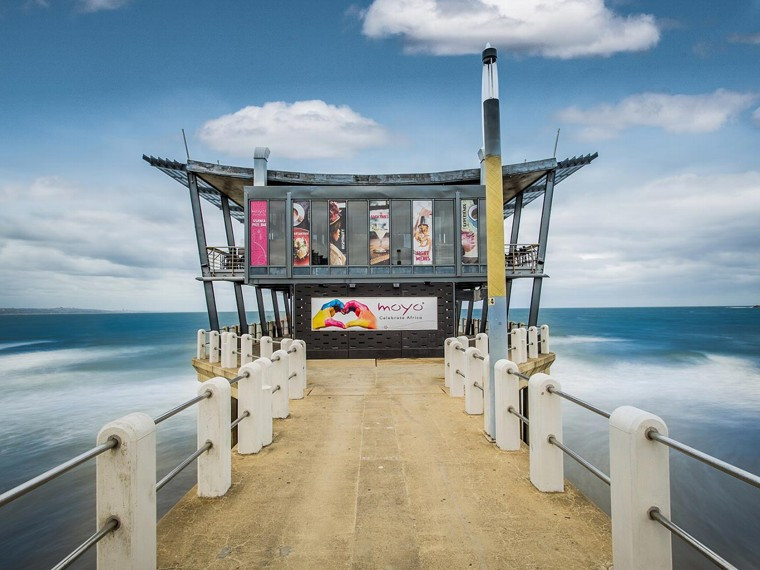 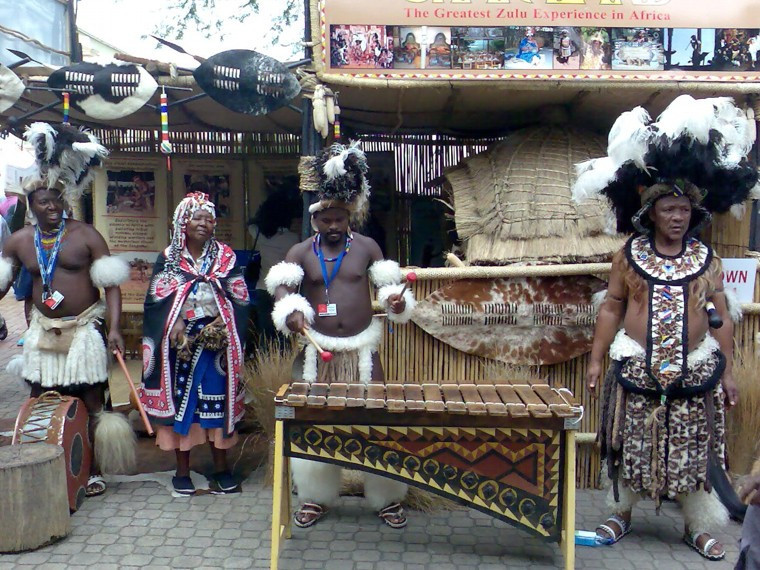 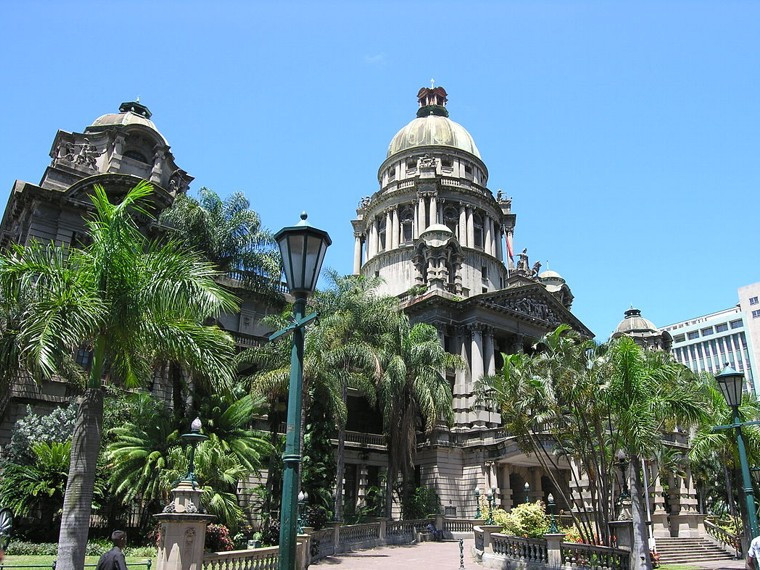 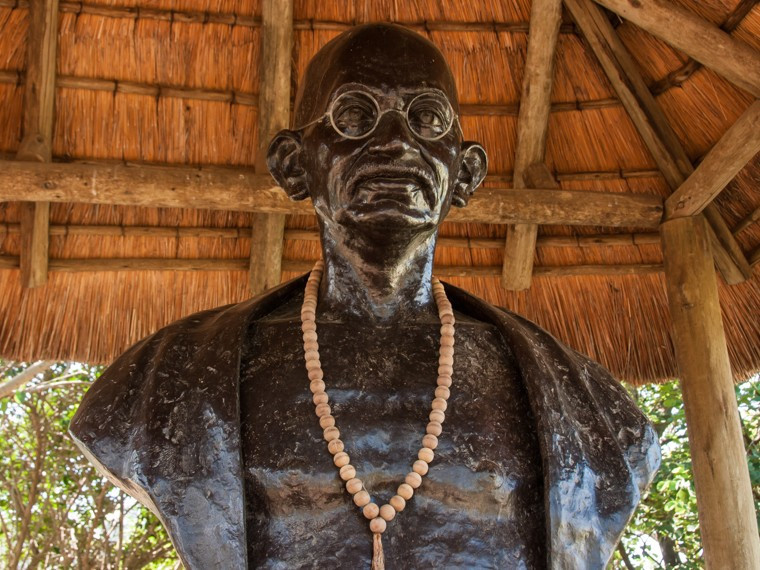 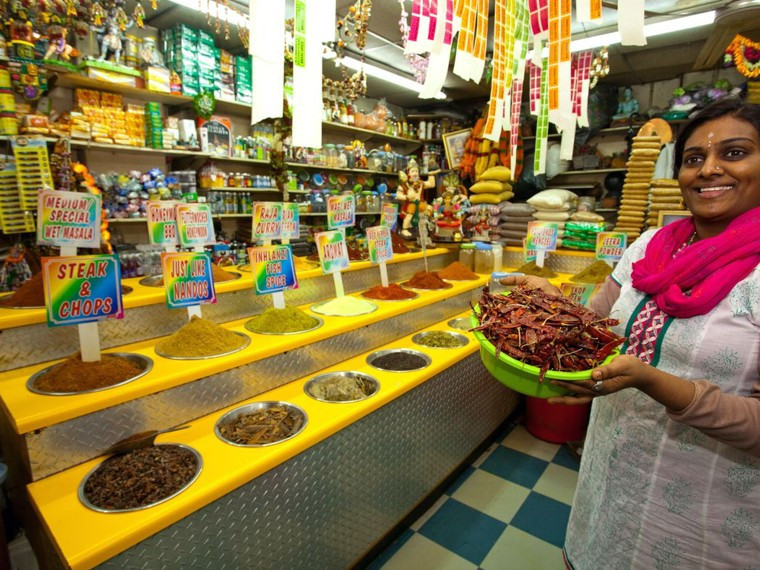 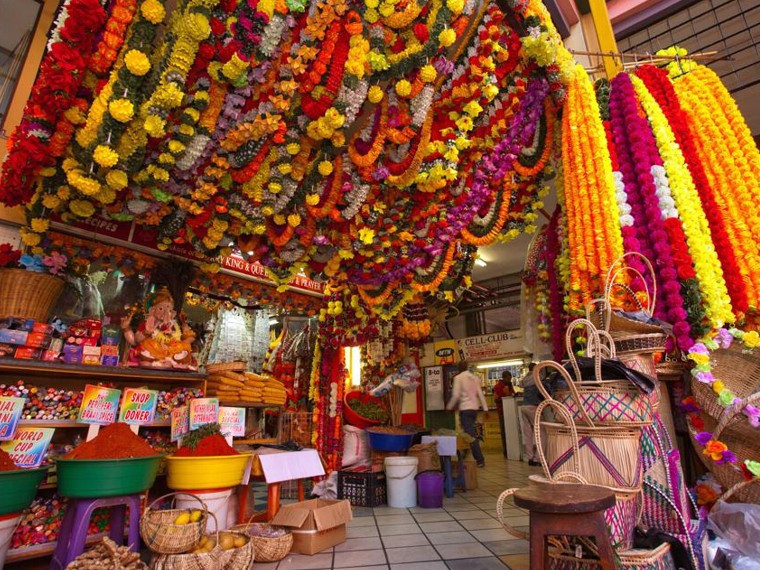 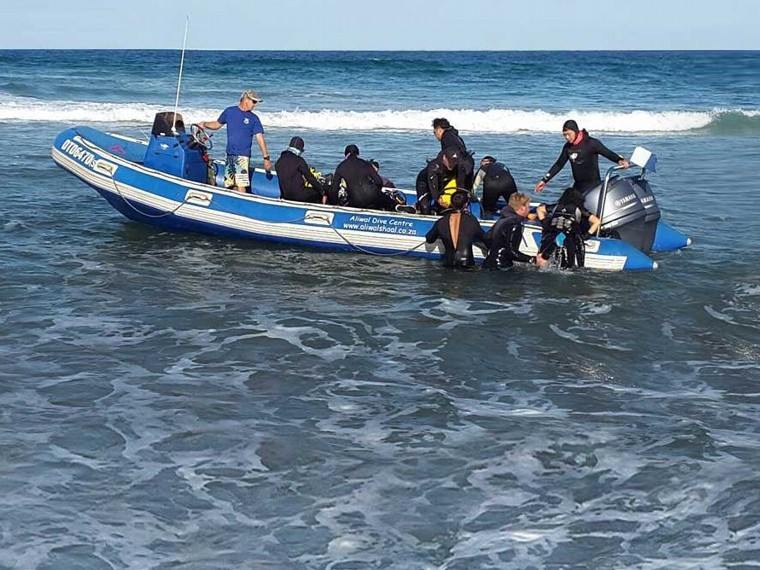 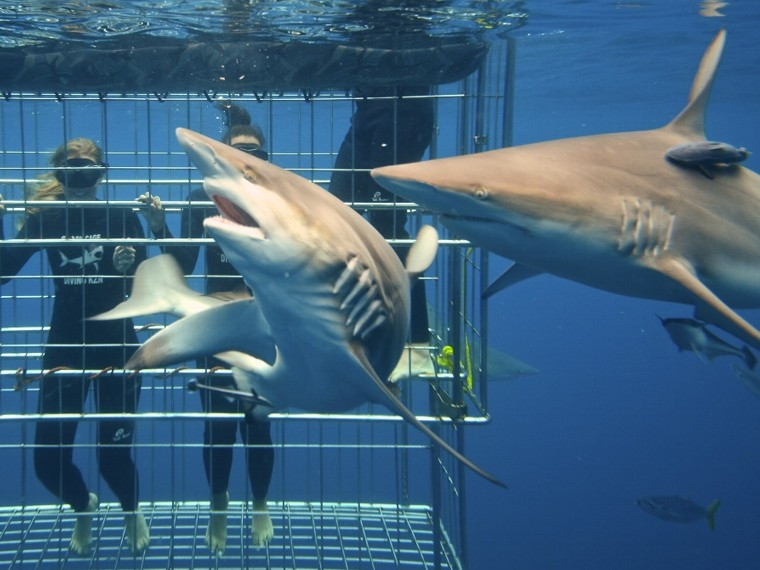 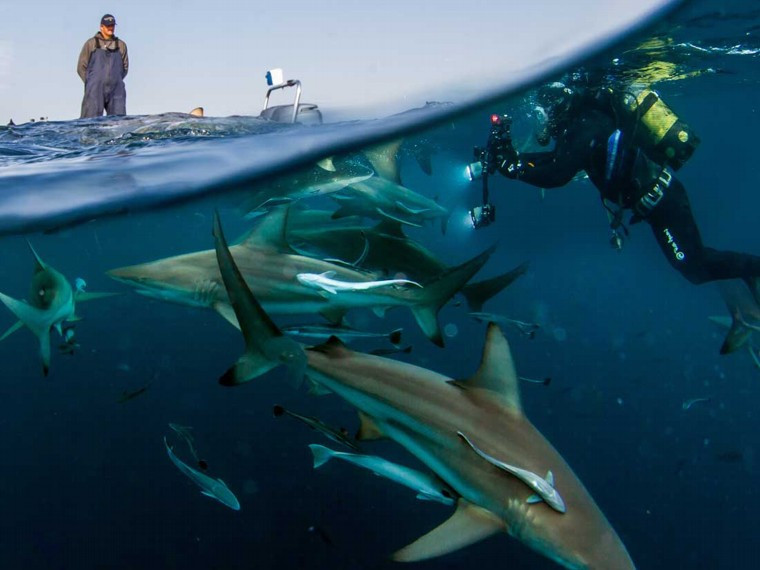 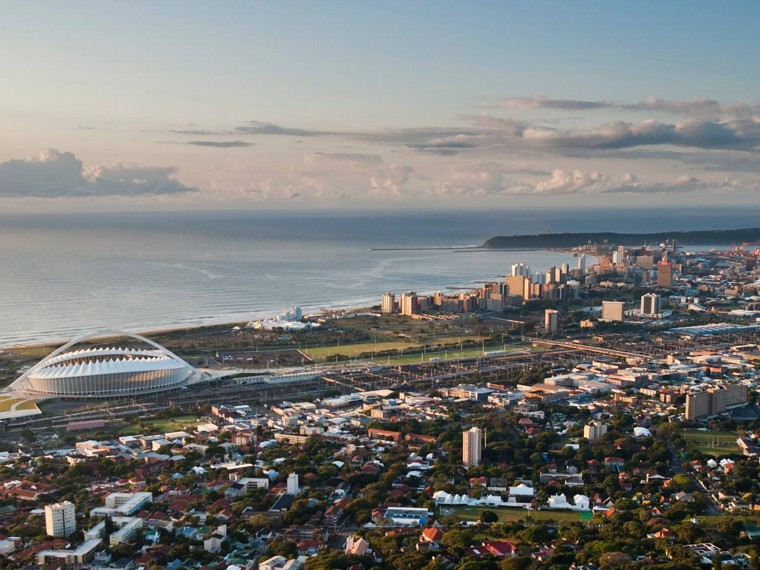 Durban is South Africa's third largest city and Africa's busiest general cargo port. The city has a tropical climate and stretches from the Point in the North to the Bluff in the South. The U-Shaka Aquarium and many cultural, historic and natural attractions can be found around this metropolis at the Indian Ocean.

It is also a city of firsts - South Africa's first railway station and the first Rickshaw ride, an interesting form of local transport, originated here. Descendants from labourers, brought in to work sugar plantations, the Indian population are mainly of the Hindu faith, a richly preserved ancient culture, which is reflected in its many interesting temples, ceremonies and rituals.

The Natal South Coast stretches from Durban to Port Edward. Scottburgh, a thriving coastal town overlooks Scott Bay with sheltered beaches and was the first town south of Durban as well as one of the most popular resorts on the 'Strelitzia Coast' with its beautiful beach being the main attraction. Umkomaas, a friendly holiday town, offers diving sites on wrecks and the Aliwal Shoal, a rocky ridge, 4km offshore, which is rated among the top ten scuba-diving sites in the world.