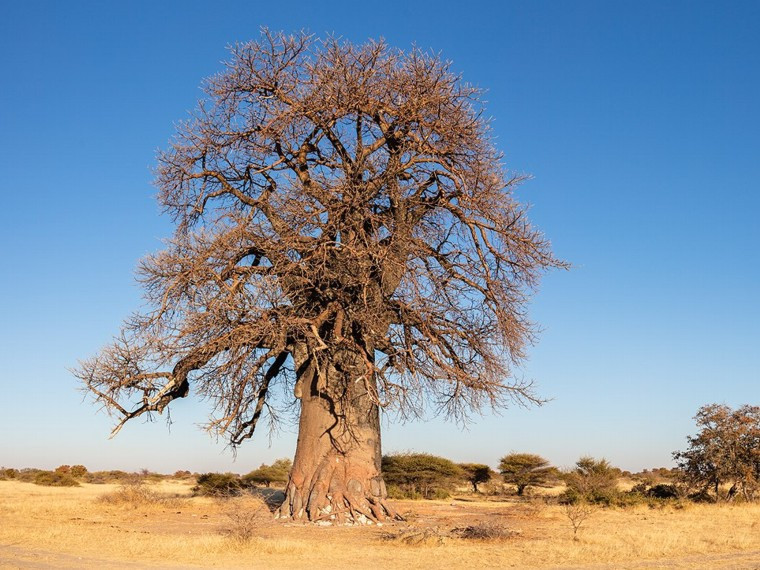 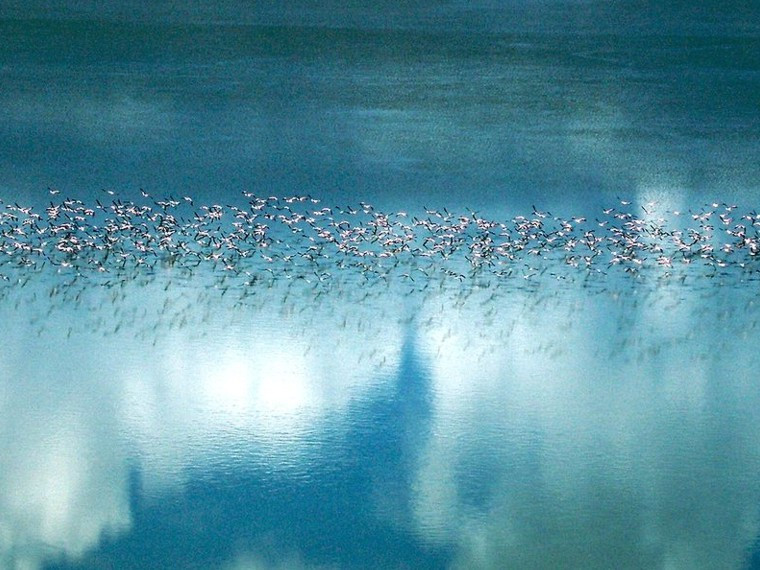 Imagine – if you will – an area the size of Portugal, largely uninhabited by humans. Its stark, flat, featureless terrain stretches – it would seem – to eternity, meeting and fusing with a milky-blue horizon. This is the Makgadikgadi – an area of 12 000 sq kms, part of the Kalahari Basin, yet unique to it – one of the largest salt pans in the world. For much of the year, most of this desolate area remains waterless and extremely arid; and large mammals are thus absent. But during and following years of good rain, the two largest pans – Sowa to the east and Ntwetwe to the west – flood, attracting wildlife – zebra and wildebeest on the grassy plains – and most spectacularly flamingos at Sowa and Nata Sanctuary. Flamingo numbers can run into the tens – and sometimes – hundreds of thousands, and the spectacle can be completely overwhelming.

The rainwater that pours down on the pans is supplemented by seasonal river flows – the Nata, Tutume, Semowane and Mosetse Rivers in the east, and in years of exceptional rains, the Okavango via the Boteti River in the west. During this time, the pans can be transformed into a powder blue lake, the waters gently lapping the shorelines, and flowing over the pebble beaches – a clear indication of the gigantic, prehistoric lake the Makgadikgadi once was. Research suggests that the Makgadikgadi is a relic of what was once one of the biggest inland lakes Africa has ever had.

Africa’s most famous explorer, Dr. David Livingstone, crossed these pans in the 19th century, guided by a massive baobab, Chapman’s Tree – believed to be 3 000 to 4 000 years old, and the only landmark for hundreds of miles around. Seeing this amazing tree today, you are given entry to an era when much of the continent was uncharted, and explorers often risked their lives navigating the wilderness on oxcarts through rough and grueling terrain. The Makgadikgadi is in fact a series of pans, the largest of which are Sowa and Ntwetwe, both of which are surrounded by a myriad of smaller pans. North of these two pans are Kudiakam pan, Nxai Pan and Kaucaca Pan. Interspersed between the pans are sand dunes, rocky islands and peninsulas, and desert terrain.

No vegetation can grow on the salty surface of the pans, but the fringes are covered with grasslands. Massive baobab trees populate some fringe areas – and their silhouettes create dramatic landscapes against a setting sun. The Makgadikgadi Pans Game Reserve – with an area of 3 900 sq kms – incorporates the western end of Ntwetwe, extensive grasslands and acacia woodland. At its northern boundary, it meets the Nxai Pan National Park, separated only by the Nata- Maun Road.

In the wet season, this reserve can offer good wildlife viewing, particularly when large herds of zebra and wildebeest begin their westward migration to the Boteti region. other species include gemsbok, eland and red hartebeest, as well as kudu, bushbuck, duiker, giraffe, springbok, steenbok, and even elephant, with all the accompanying predators, as well as the rare brown hyena. Humans have inhabited areas of the pans since the Stone age, and have adapted to geographical and climatic changes as they have occurred. Archaeological sites on the pans are rich with Early Man’s tools, and the bones of the fish and animals he ate.

Human inhabitation has continued to the present day; and a number of villages, including Mopipi, Mmatshumo, Nata, Gweta and Rakops, are situated on the fringes of the pans.