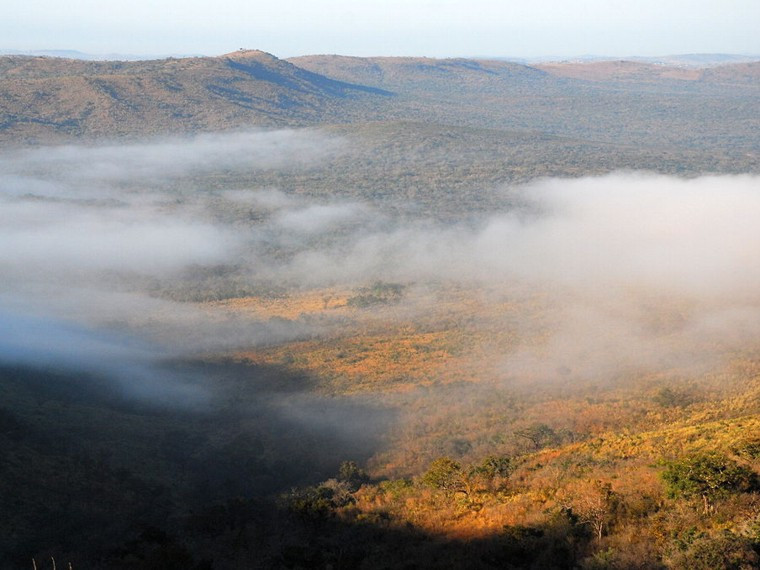 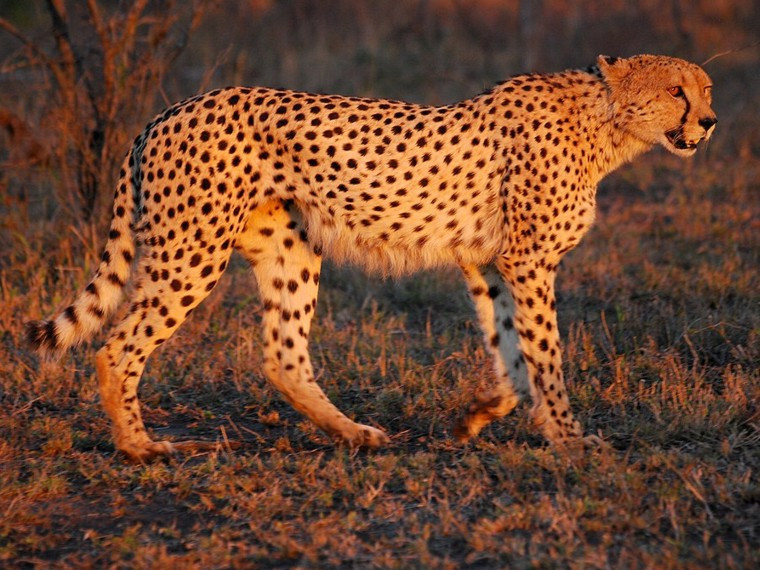 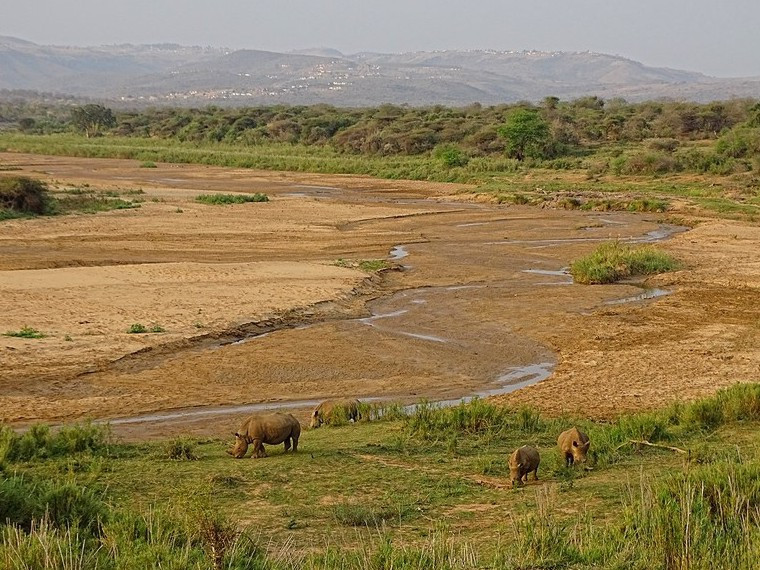 This Park, formerly Hluhluwe–Umfolozi Game Reserve, is the oldest proclaimed nature reserve in Africa. It consists of 960 km² (96,000 ha) of hilly topography 280 kilometres (170 mi) north of Durban in central KwaZulu-Natal, South Africa and is known for its rich wildlife and conservation efforts. The park is the only state-run park in KwaZulu-Natal where each of the big five game animals can be found.

Due to conservation efforts, the park in 2008 had the largest population of white rhinoceros in the world.

Throughout the park there are many signs of Stone Age settlements. The area was originally a royal hunting ground for the Zulu kingdom, but was established as a park in 1895. The Umfolozi and Hluhluwe reserves were established primarily to protect the white rhinoceros, then on the endangered species list. The area has always been a haven for animals as tsetse flies carrying the nagana disease are common, which protected the area from hunters in the colonial era.

However, as the Zululand areas was settled by European farmers the game was blamed for the prevalence of the tsetse fly and the reserves became experimental areas in the efforts to eradicate the fly. Farmers called for the slaughter of game and about 100,000 animals were killed in the reserve before the introduction of DDT spraying in 1945 solved the problem. However, white rhinoceros were not targeted and today a population of about 1000 is maintained. On 30 April 1995, the then President Nelson Mandela visited the then Hluhluwe Game Reserve to celebrate the park's centenary. Hluhluwe–Imfolozi was originally three separate reserves that joined under its current title in 1989.

This area is situated between the two Umfolozi Rivers where they divide into the Mfolozi emnyama ('Black Umfolozi') to the north and the Mfolozi emhlophe ('White Umfolozi') to the south. This area is to the south of the park and is generally hot in summer, and mild to cool in winter, although cold spells do occur. The topography in the Umfolozi section ranges from the lowlands of the Umfolozi River beds to steep hilly country, which includes some wide and deep valleys. Habitats in this area are primarily grasslands, which extend into acacia savannah and woodlands.

The Hluhluwe region has hilly topography where altitudes range from 80 to 540 metres (260 to 1,770 ft) above sea level. The high ridges support coastal scarp forests in a well-watered region with valley bushveld at lower levels. The north of the park is more rugged and mountainous with forests and grasslands and is known as the Hluhluwe area, while the Umfolozi area is found to the south near the Black and White Umfolozi rivers where there is open savannah.