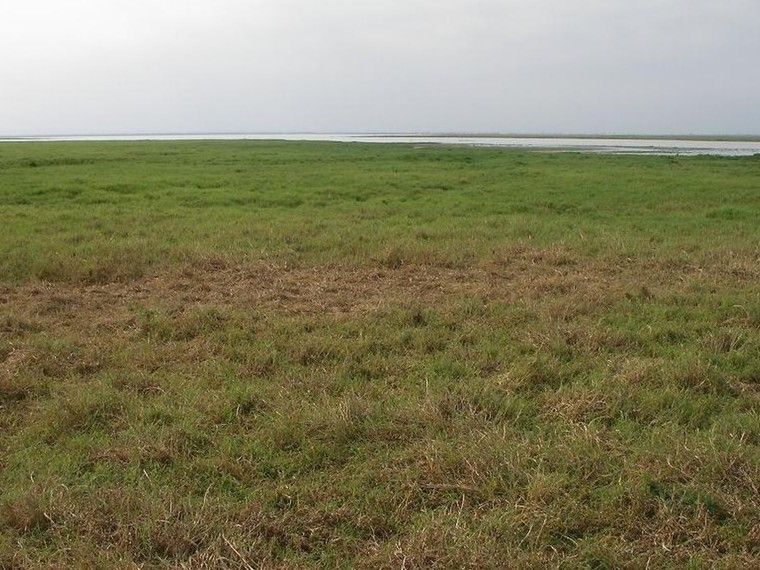 Gorongosa National Park is at the southern end of the Great African Rift Valley in the heart of central Mozambique, Southeast Africa. The more than 4,000 square kilometres (1,500 sq mi) park comprises the valley floor and parts of surrounding plateaus. Rivers originating on nearby Mount Gorongosa (1,863 m (6,112 ft)) water the plain.

Seasonal flooding and waterlogging of the valley, which is composed of a mosaic of soil types, creates a variety of distinct ecosystems. Grasslands are dotted with patches of acacia trees, savannah, dry forest on sands and seasonally rain-filled pans, and termite hill thickets. The plateaus contain miombo and montane forests and a spectacular rain forest at the base of a series of limestone gorges.

This combination of unique features at one time supported some of the densest wildlife populations in all of Africa, including charismatic carnivores, herbivores, and over 500 bird species. But large mammal numbers were reduced by as much as 95% and ecosystems were stressed during Mozambique's long civil conflict at the end of the 20th century.

The Carr Foundation/Gorongosa Restoration Project, a U.S. non-profit organization, has teamed with the Government of Mozambique to protect and restore the ecosystem of Gorongosa National Park and to develop an ecotourism industry to benefit local communities.