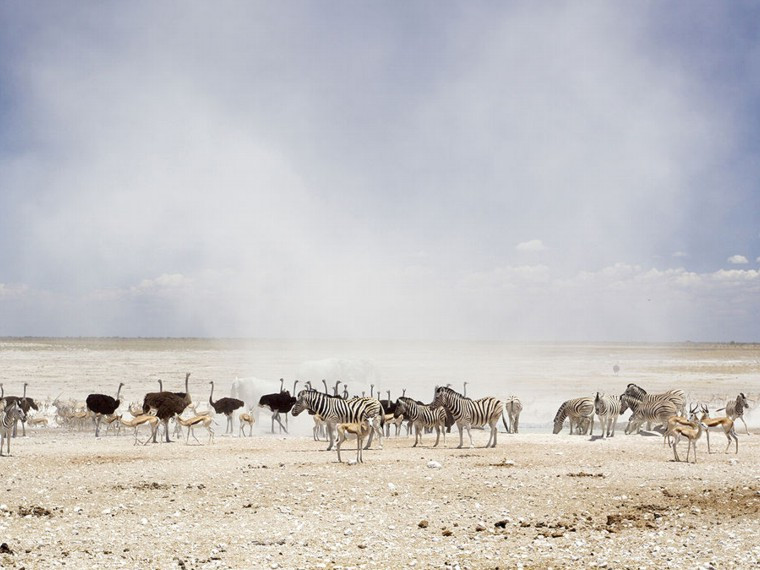 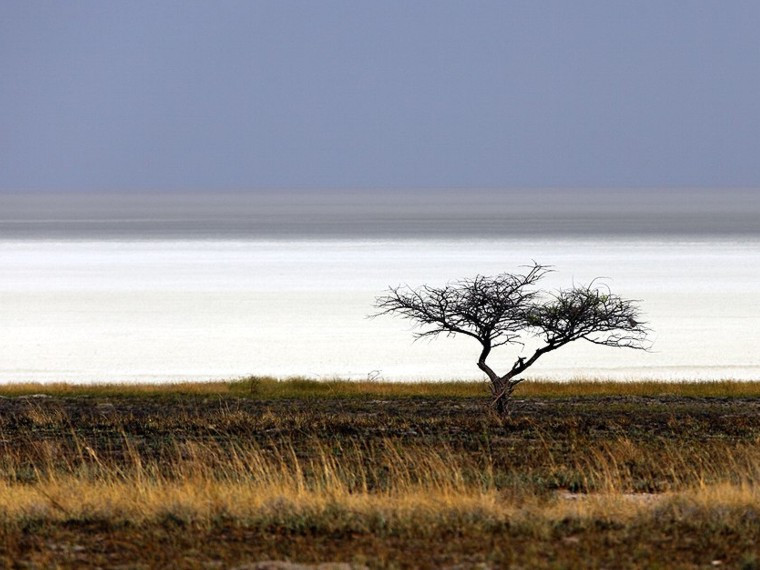 One of the greatest game parks in Africa–and one of the oldest–is also Namibia’s number-one tourist destination. Home to 114 large and small mammal species,more than 400 recorded bird species, scores of reptiles and even a fish species, Etosha is the country’s flagship park. The size of the park has been reduced considerably since it was first proclaimed in 1907, but its till remains larger than several European countries.

The Ondonga name for the pan was Etosha, meaning ‘the place where no plants grow’, but early European traders, unable to pronounce the name, called it ‘Etosha’. The pan was once part of the massive Lake Kunene fed by the Kunene River,which at sometime in the distant past dried up, leaving the current pan system. Newly excavated fossils belonging to marsh-dwelling antelopes such as sitatunga, lechwe and tsessebe, and a 90- cm long catfish, are testament to much wetter periods.