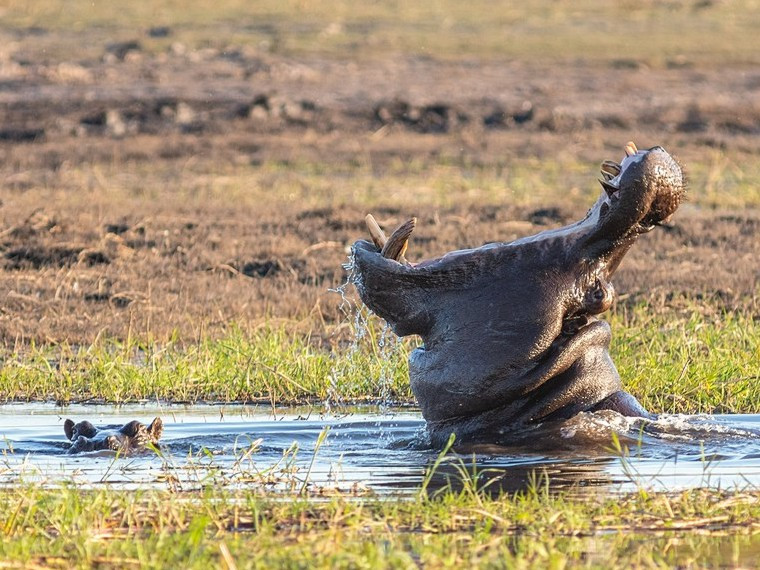 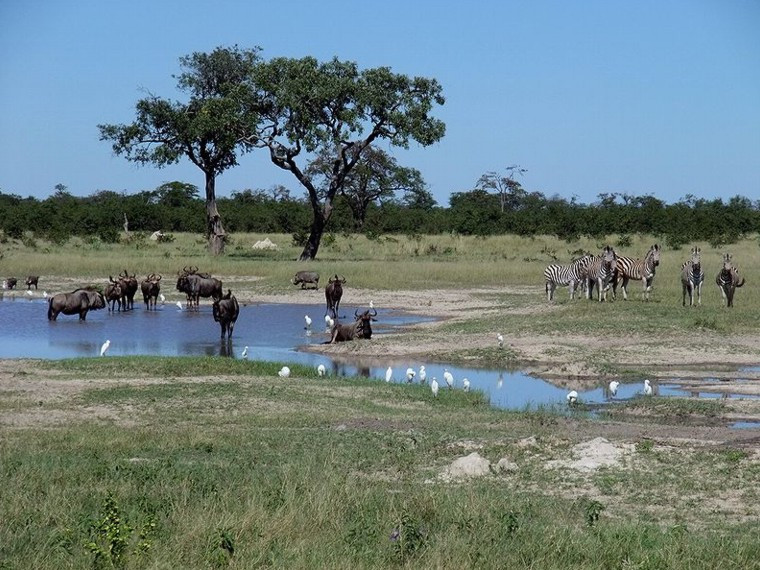 Whether arriving by air or road, the first glimpse of the river – deep and dazzling in the sandy terrain – is always breathtaking. It appears as a swathe of brilliant, peacock blue ribbon, winding its way through the tiny town of Kasane, and ensuing wilderness – the Chobe National Park. Undoubtedly one of Africa’s most beautiful rivers, the Chobe supports a diversity and concentration of wildlife unparalled anywhere else in the country.

Established in 1968, the park covers approximately 11 7 00 sq kms, encompassing floodplains, swamps and woodland. The Chobe River forms its northern boundary. There are four distinct geographical areas in the park: the Chobe Riverfront, the Ngwezumba pans, Savuté and Linyanti. The most accessible and frequently visited of Botswana’s big game country, the Chobe Riverfront is most famous for its large herds of elephants and cape Buffalo, which during the dry winter months converge upon the river to drink.

During this season, on an afternoon game drive, you may see hundreds of elephants at one time. You may be surrounded by elephants, as the main Serondella road becomes impassable and scores of family herds cross the main road to make their way to the river to drink, bathe and play. Driving the loops that hug the river’s edge, you may see up to 15 different species of animals on any one game drive, including waterbuck, lechwe, puku (this is the only part of Botswana where they can be seen), giraffe, kudu, roan and sable, impala, warthog, bushbuck, monkeys and baboons, along with the accompanying predators lion, leopard, hyena and jackal.

Take a river cruise – and you’ll experience the park, and the animals, from another vantage point. Here you’ll get up close and personal with hippo, crocodile and a mind-boggling array of water birds. Over 460 bird species have been recorded in the park, making it one of Africa’s premier venues for bird Safaris. Common species to be seen include the Sacred ibis, Egyptian Geese, the ubiquitous cormorants and darters, Spur-winged Geese, pel’s Fishing Owl, carmine Bee-eaters, most members of the kingfisher family, all the rollers, the unmistakable Fish Eagle, the Martial Eagle, and many members of the stork family.

The Chobe River rises in the northern Angolan highlands, travels enormous distances before it reaches Botswana at Ngoma. Like the Okavango and Zambezi rivers, the Chobe’s course is affected by fault lines that are extensions of the Great Rift Valley. These three mighty rivers carry more water than all other rivers in Southern Africa.