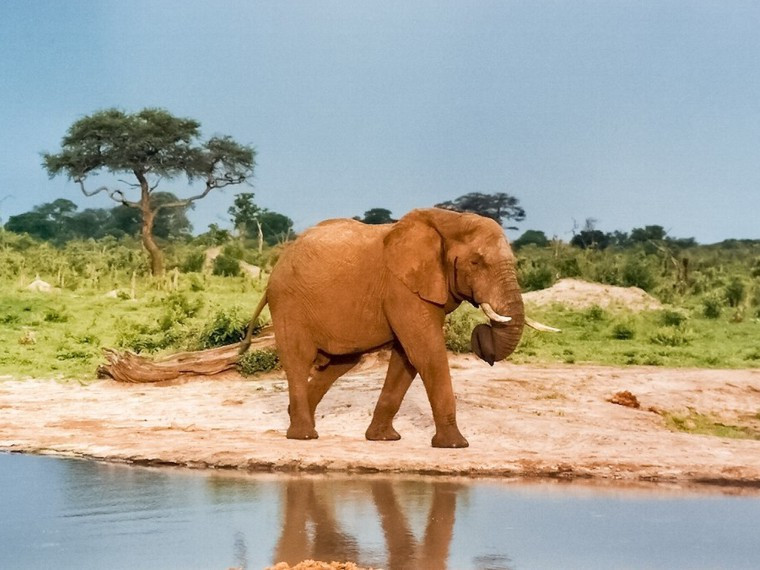 The northern portion of the park is situated within the Southern miombo woodlands ecoregion, while the southern part is located within the Zambezian and mopane woodlands ecoregion. The escarpment falls steeply some 600 metres (2,000 ft) to the Zambezi River valley floor and offers magnificent views towards Lake Kariba, 40 kilometres (25 mi) north. Rivers such as the Mcheni and Lwizikululu have cut almost sheer gorges in the escarpment. At the north eastern extremity of the park lies Tundazi, a mountain on which, according to local legend, resides an immense serpent, the river god Nyaminyami. The southern boundary is marked by the Busi River which is flanked by floodplains supporting winter thorn Faidherbia albida woodlands.

Chizarira is Zimbabwe's 3rd largest national park, with a hugh population of four of the Big Five animals with the rhinos missing . The terrain is excellent for leopard, and there is a good variety of herbivore. Its main attraction is its enormous wilderness appeal. Walking safaris are a big part of the experience. Arguably Zimbabwe’s third largest National Park and indisputably the most remote wilderness area, Chizarira national park derives its name from the Batonga word “Chijalila” which means “The Great Barrier”, an orientation of phenomenal mountains and copious hills that form a fabulous portion of the Zambezi Escarpment. The terrain in the park is craggy, punctuated with ragged mountains, intensely incised by gorgeous gorges and awesome gulches. In the intensely impenetrable valleys, sandwiched by the unique open plain rests the lush vegetation comfortably suckled by vibrant natural springs. This has made the park an amazing place to appreciate nature.