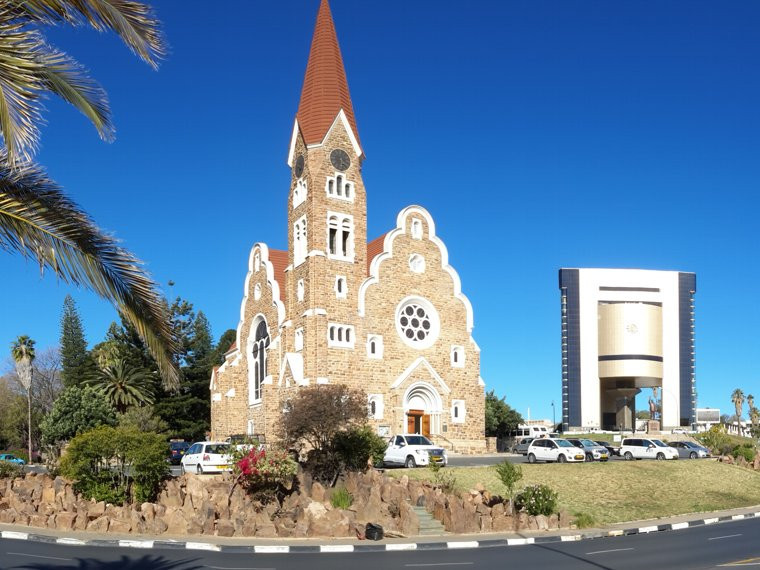 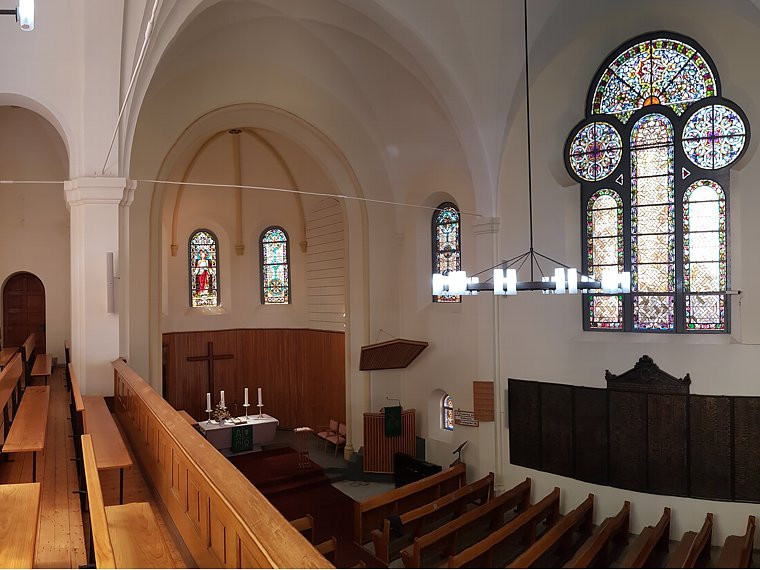 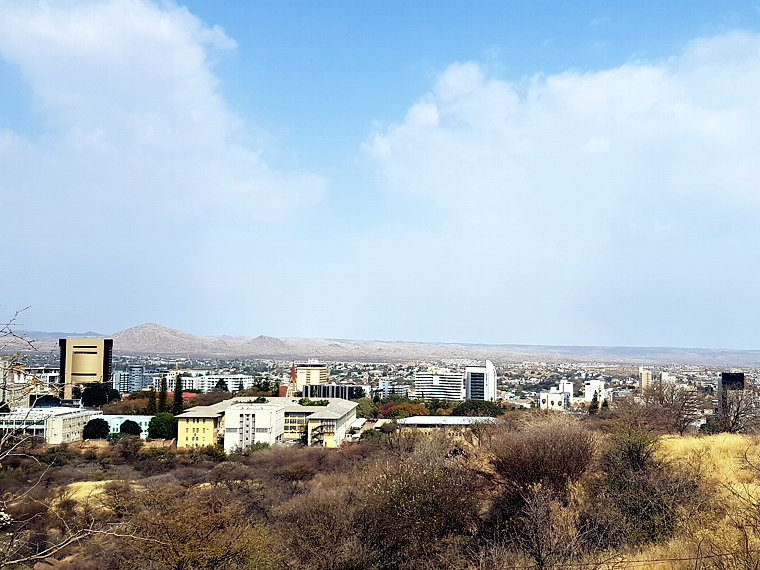 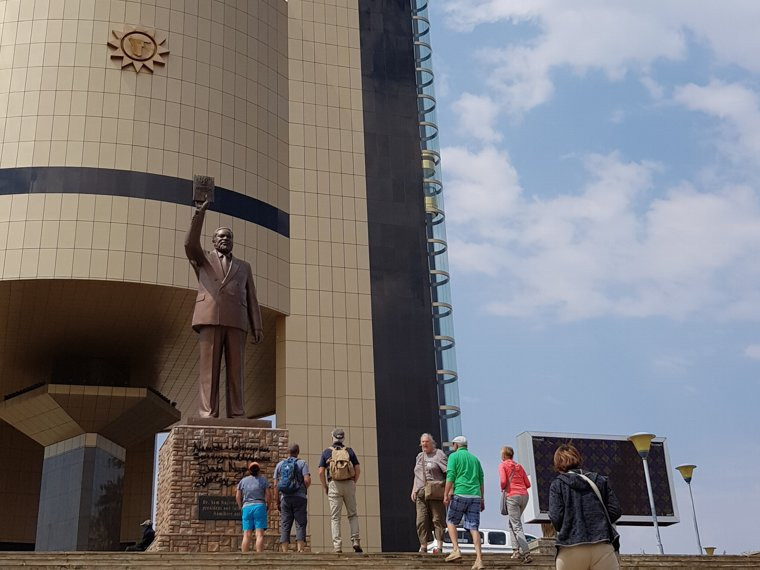 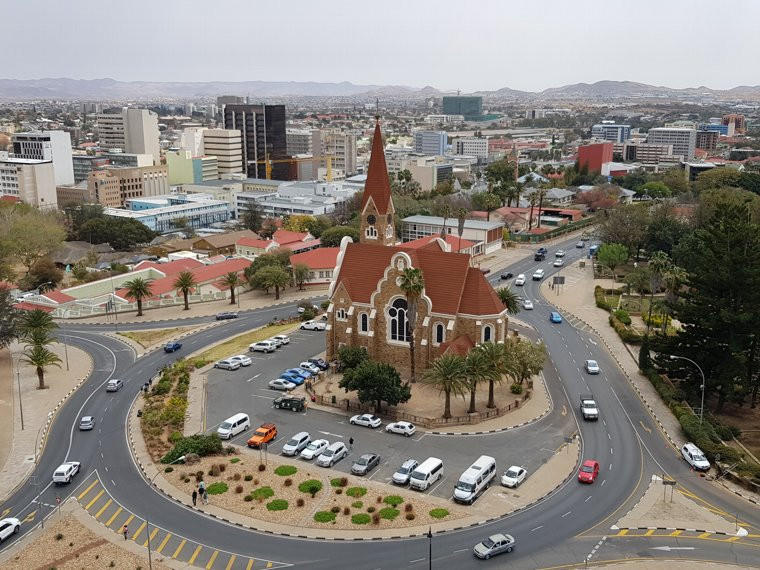 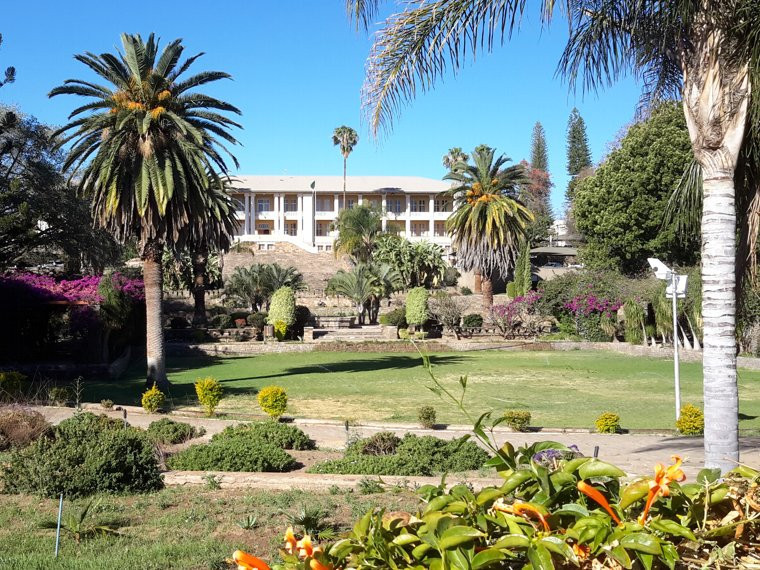 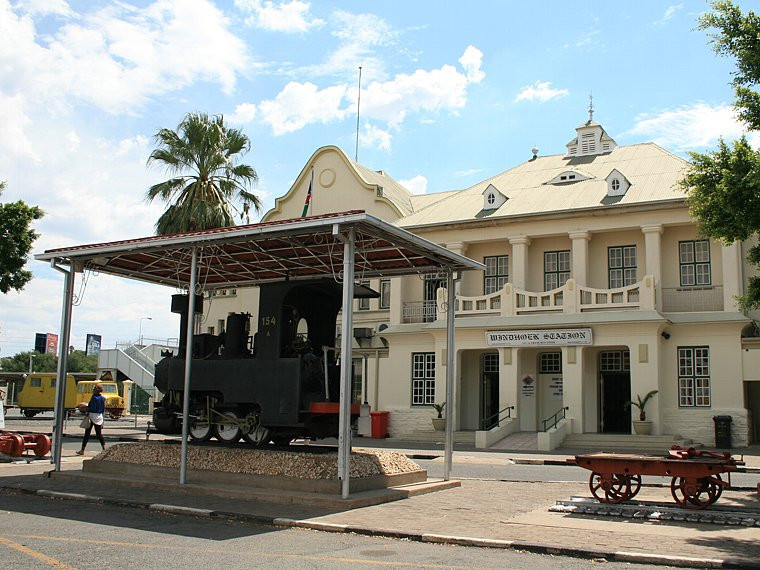 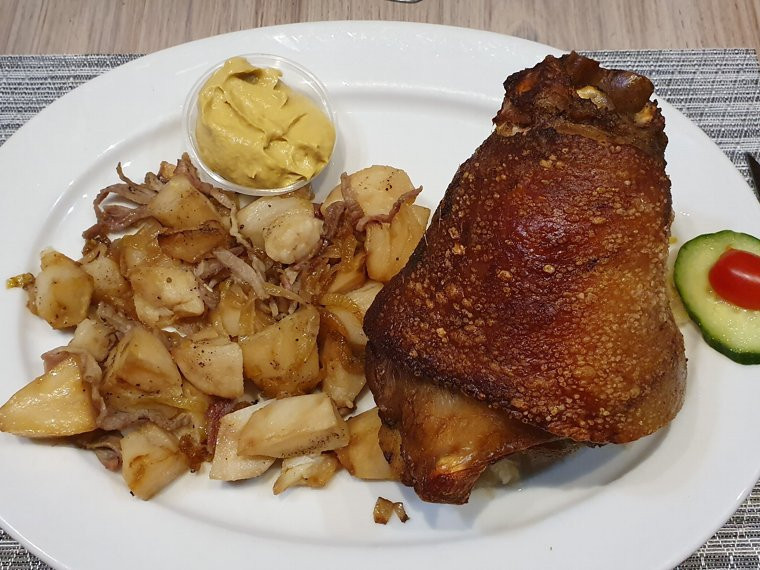 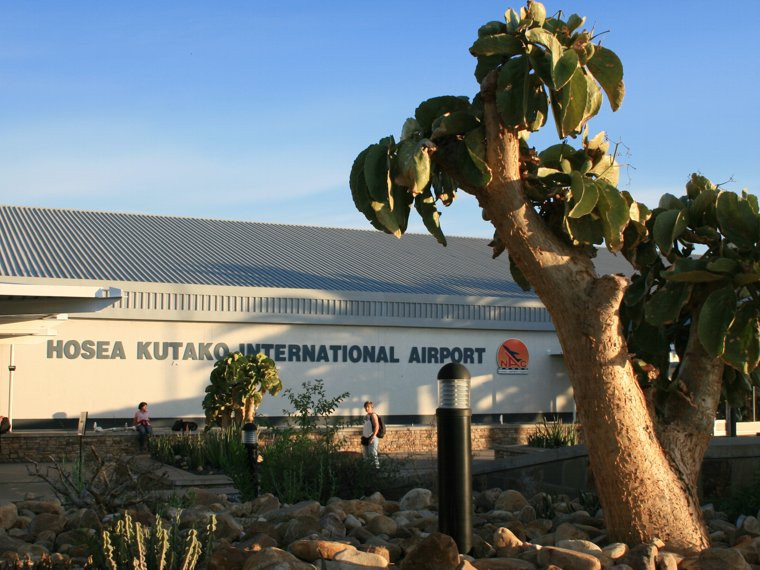 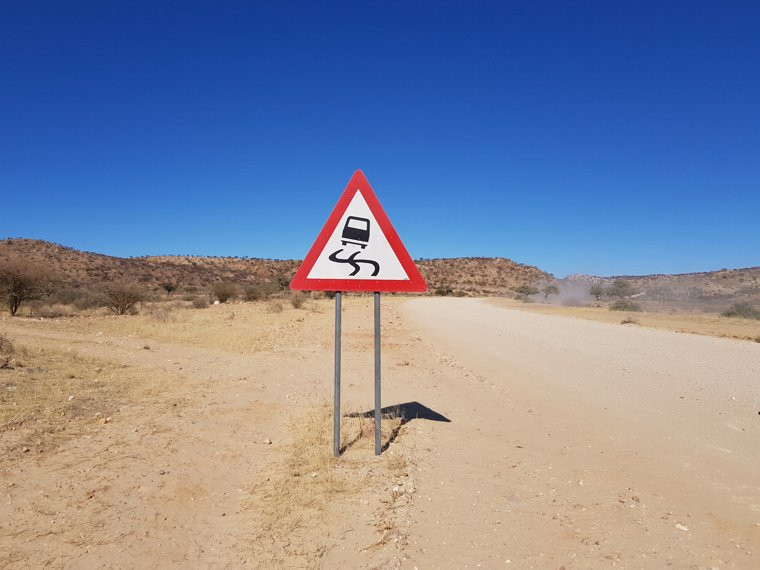 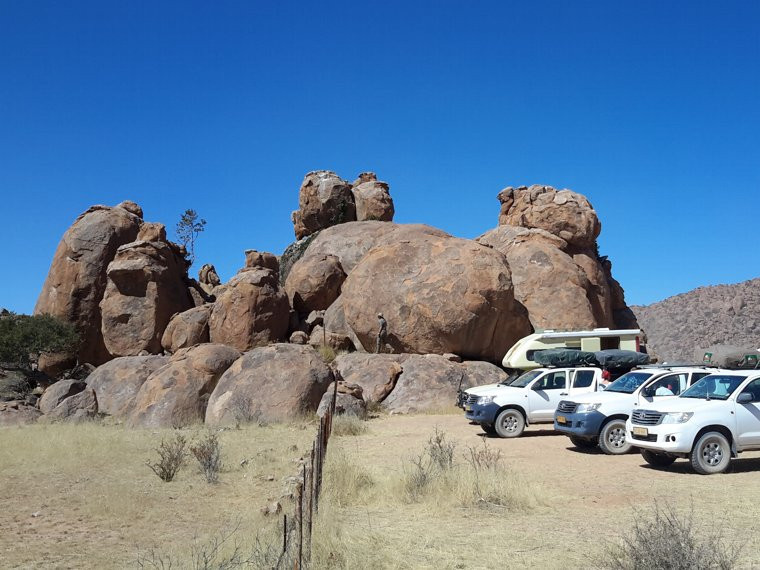 Situated in Namibia’s central highlands, Windhoek, the capital of Namibia, is an attractive city surrounded by clusters of hills and the impressive Auas and Eros Mountains. Windhoek is an ideal centre from which to explore the surrounding country side and its height above sea level is 1 650 m.

The city is considerably enhanced by stately historic buildings in the German architectural style of the turn of the 19th century. Imposing modern buildings echo the historical forms, shapes and colours of this architectural heritage. Old buildings which lend a singular charm to the city include the historic seat of government which is known as the Tintenpalast, meaning Place of Ink, and the Christuskirche with its graceful spire. The white-walled Alte Feste, which was once a fort and now a museum, reflects the history of the century. Like in other spheres of life in Namibia, the German influence is also apparent in local foods, offering a wide selection of German delicacies. The local beer is brewed according to the traditional German “Reinheitsgebot” (purity laws), using only natural ingredients.

The Daan Viljoen Game Reserve 30 km west of Windhoek, offers peace and relaxation for its visitors. The rest camp, restaurant, swimming pool, shaded picnic sites and camping areas are centered around the small Stengel Dam, where a variety of aquatic birds are found.

Arnhem Cave, the longest cave system in Namibia, is still in a completely natural state and has lots to excite the eager speleologists and those interested in bats.

120 km south west of Windhoek is Gamsberg, a large table-topped mountain with a height of 2 347 meters. Many of the farms in the environs are involved in tourism and can be visited for a meal, to spend a night or two, or simply relax over coffee and cake. 100 km north west of Windhoek off the B1 is the Gross-Barmen Hot Springs. Its main feature is the dome-shaped and glass-enclosed thermal hall, which houses a communal bath of steaming spring water (65°C).

The town of Gobabis is an important cattle-ranching center. Also in the district is the Harnas Lifeline Project, a wildlife orphanage that takes care of more than 200 animals, including lions.

The Acacia Forest at Rehoboth is well known for its large camel-thorn trees, some estimated to be 2 000 years old.

South of Okahandja is the Von Bach Dam and Game Park, safe to explore on foot and a popular venue for water skiing, yachting, windsurfing and boating.