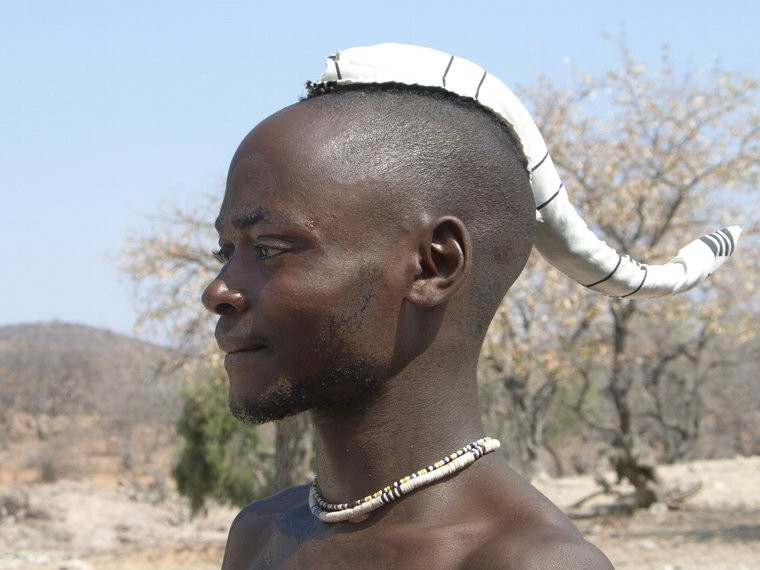 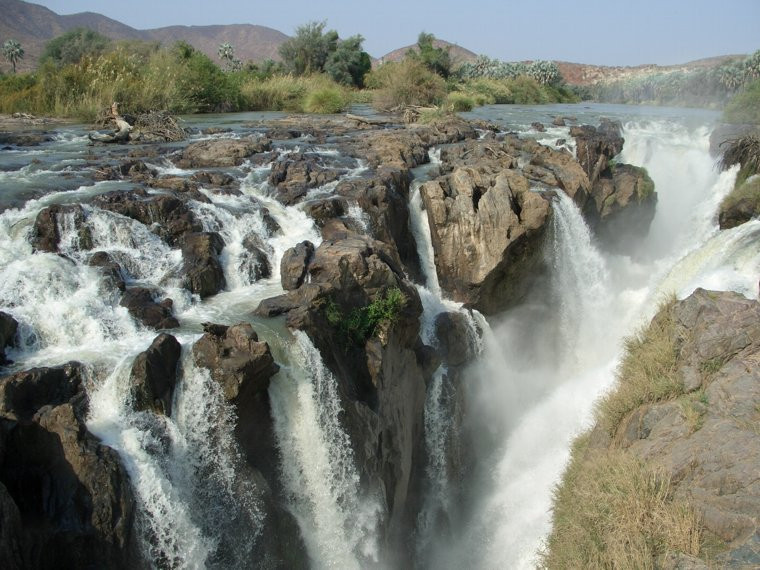 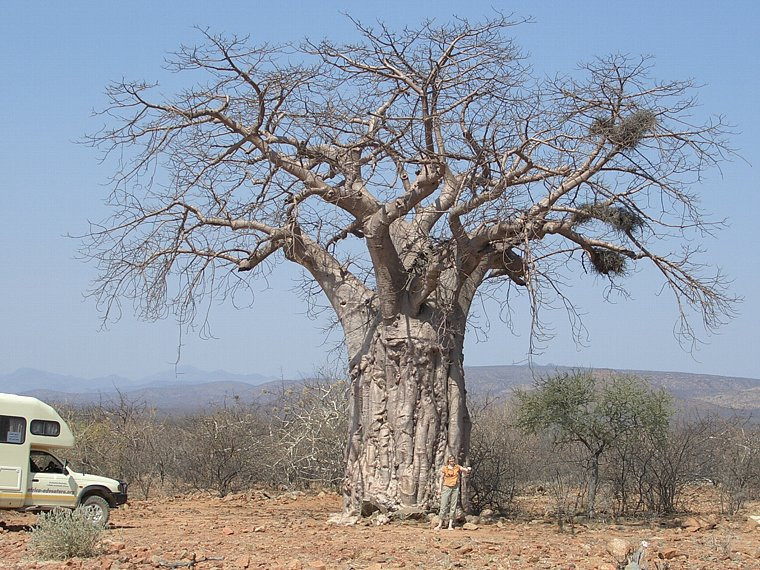 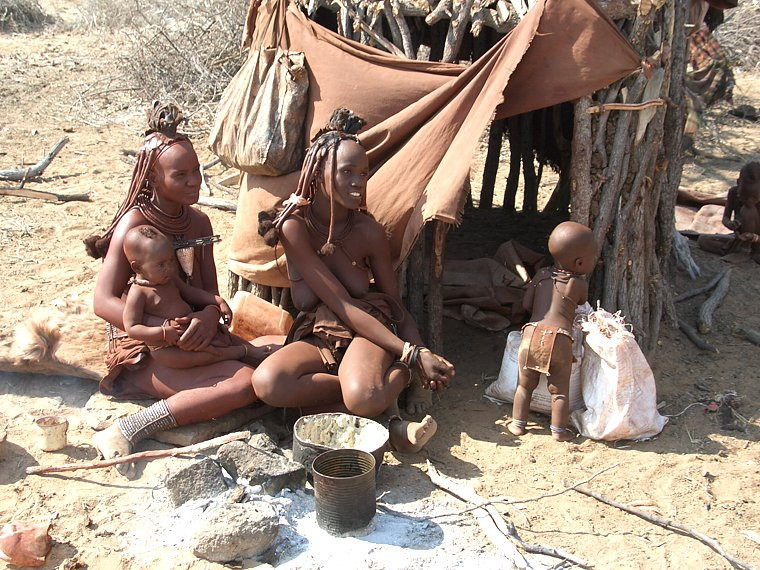 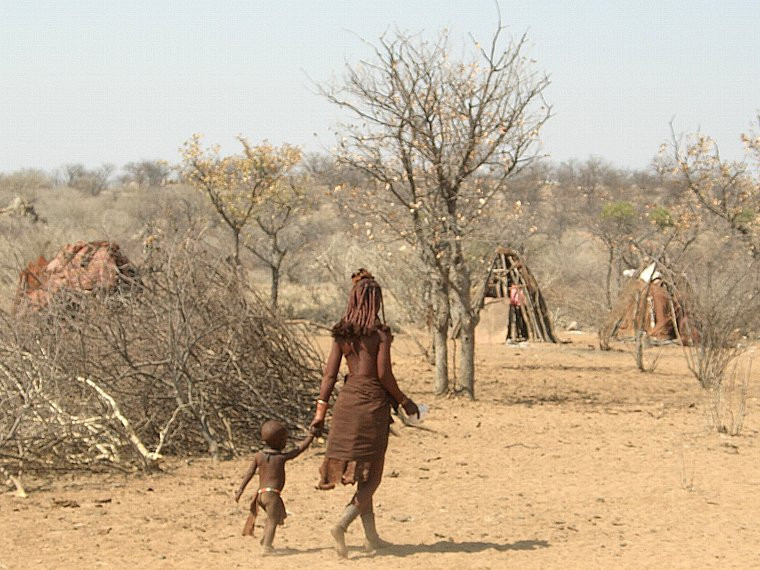 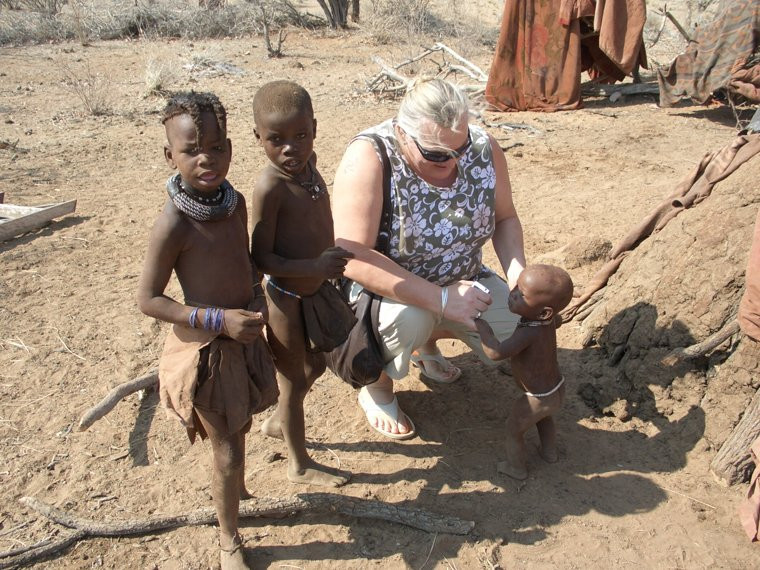 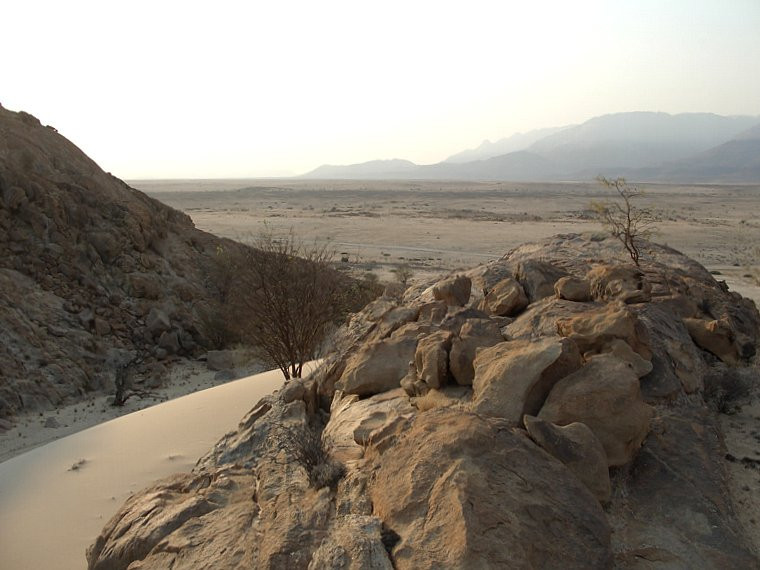 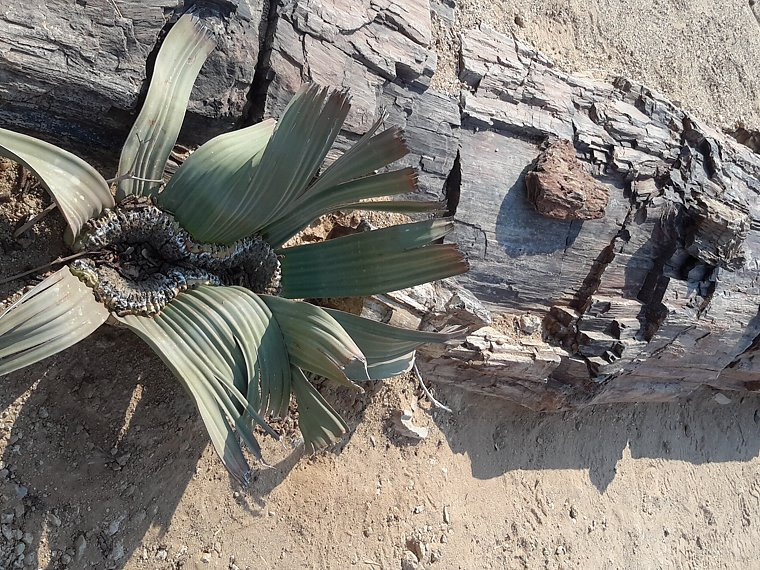 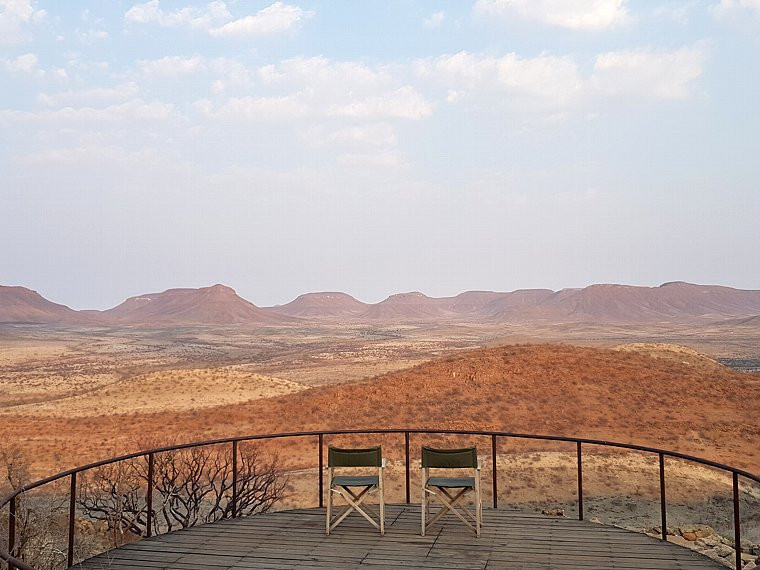 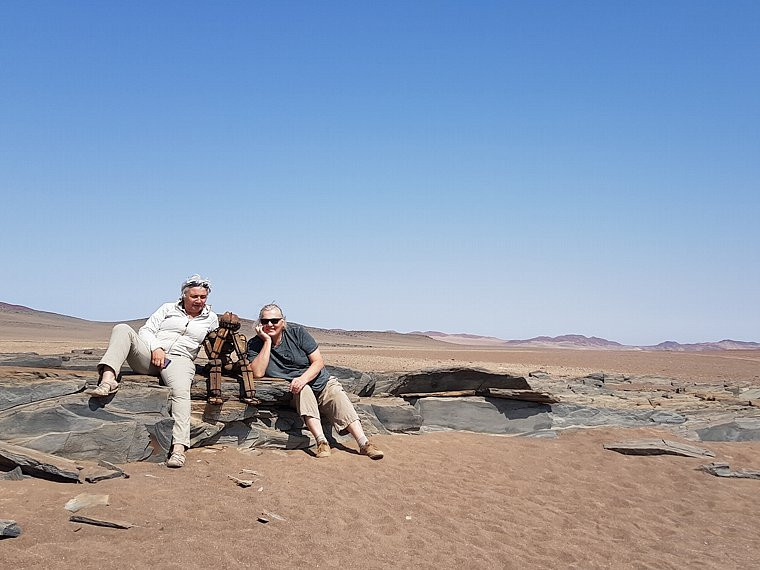 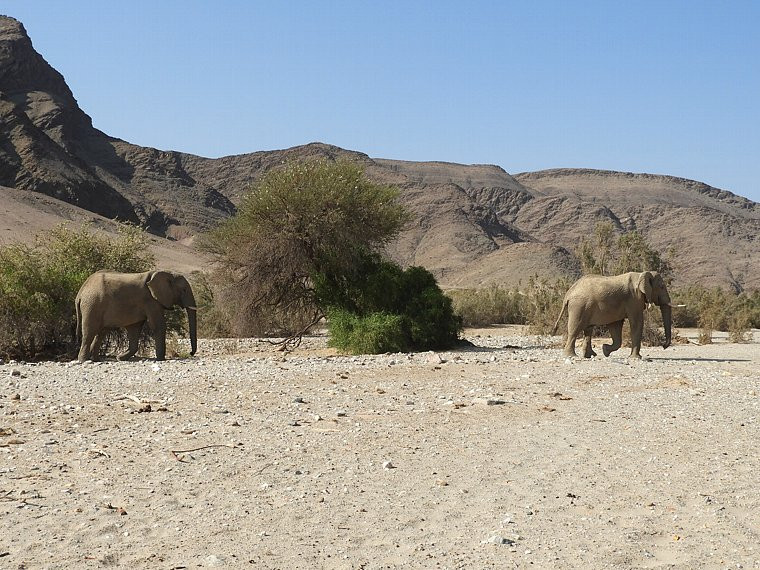 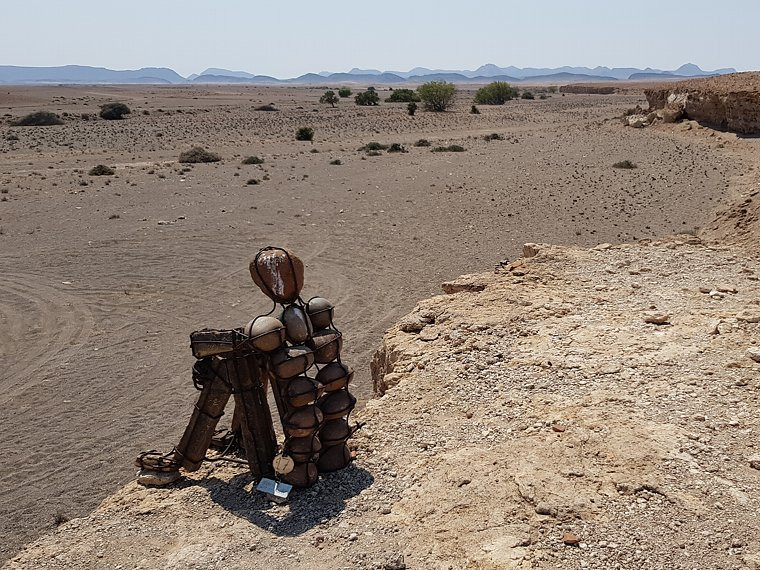 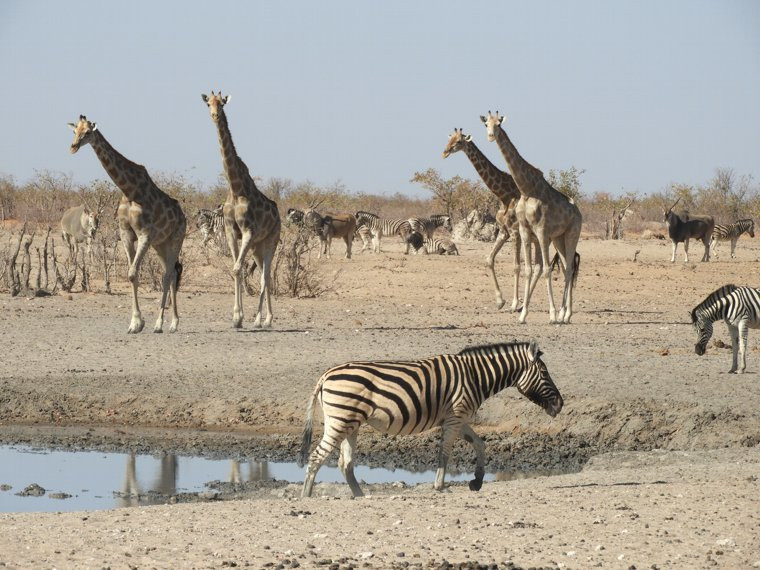 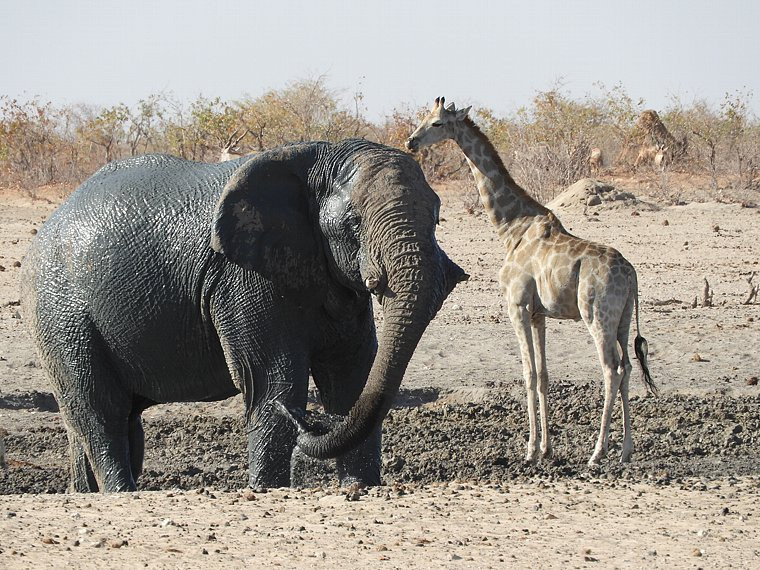 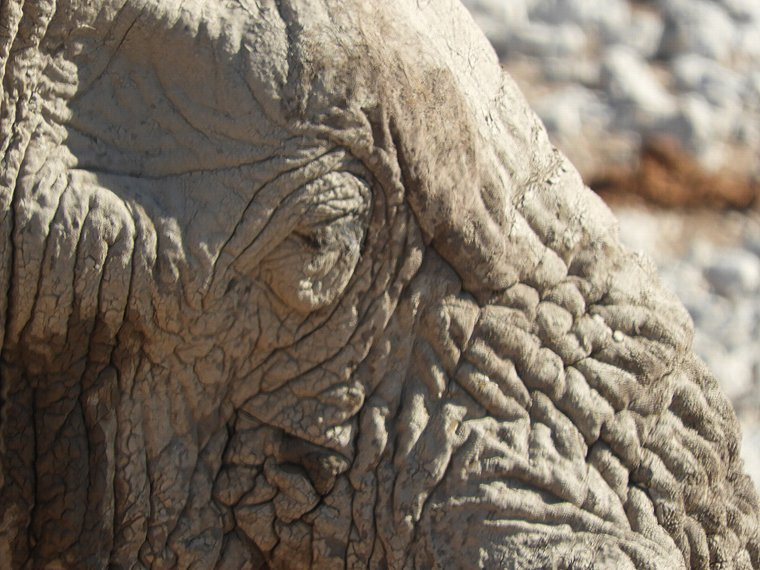 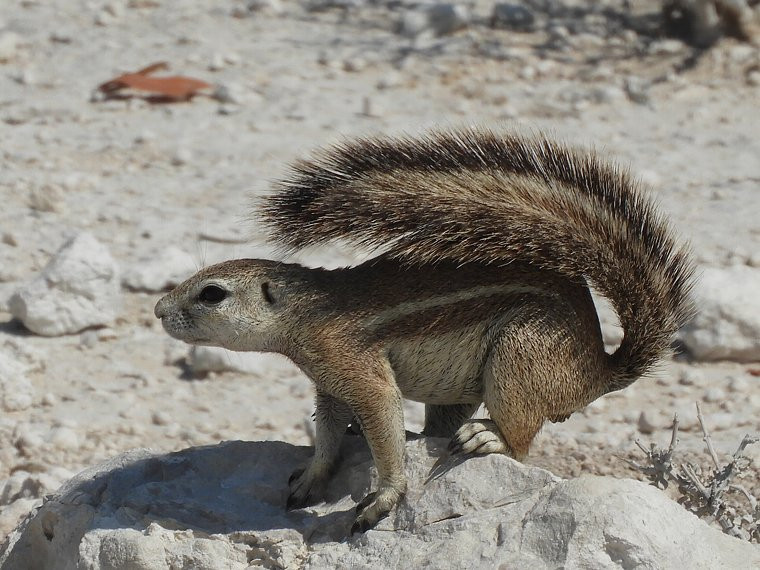 The Etosha National Park is one of the major sanctuaries for wildlife in Africa and was proclaimed a game reserve by German Governor von Lindequist in 1907. The heart of the park is the Etosha Pan, meaning “place of dry water”, an extensive, flat depression of about 5 000 km². This great, white expanse is a place of shimmering mirages, and seeing large herds of game in this setting makes Etosha an unique experience in Africa. There are 144 mammal species in the park, which covers 22 270 km². This includes elephant, giraffe, blue wildebeest and black rhino. Among the predators are lion, cheetah, leopard and several species of wild cat. Hyena and jackal are the scavengers. There are various species of antelope ranging from the majestic eland to the smallest antelope, the shy little Damara dik-dik. A highlight of the park is the flood-lit waterhole at Okaukuejo where elephant and other game come at night to drink. Namutoni has a Beau Geste charm and the historic fortress was once the northernmost German outpost and is now a national monument.

The National West Coast Tourist Recreation Area is a 200 km by 25 km strip along the beach from the coastal town of Swakopmund to the Ugab River. Henties Bay, a resort village named after Major Hentie van der Merwe who started recreational fishing there in 1929, still attracts keen fishermen from far and wide. The Cape Cross Seal Reserve is situated north of Henties Bay. Here a prodigious number of Cape Fur Seals flourish in the cold waters of the Benguela Current. This area is of historical significance as the Portuguese navigator Diogo Cao set foot on the coast of southwestern Africa in 1468.

The Brandberg, a majestic mountain range, looms mysteriously from the surrounding flat Semi-desert, and dominates the landscape of this region. Its highest principal peak, the Konigstein ( 2 573 m ) is the highest peak in the country. Over 40 000 prehistoric rock paintings have been found in the caves and ravines of this mountain massif, but none more famous than the "White Lady" of the Brandberg. This enigmatic figure appears on a wall of paintings in Maack’s Cave, in the Tsisab Gorge, which was named for the surveyor who discovered it in 1917. In order to reach this particular cave there is a walk along the main ravine which takes about one hour. The route is well marked.

Damaraland with the rugged beauty of its landscape is a region of rolling plains and distant mountain ranges. Unusual geological features, a wealth of rock paintings and engravings, and populations of desert-adapted elephant and black rhino combine to form the unique attraction of Damaraland. Of interest to tourist in this region is the Petrified Forest which is situated beyond Khorixas. Here some antediluvian flood deposited giant tree trunks, some up to 30m long. The age of this fossil trunks is estimated to be 200 million years. A short drive south-west of the Petrified Forest is Twyfelfontein which is unequalled for its abundance of rock engravings set in a U-shape valley of unusual reddish sandstone formations and terraces. South-west of Twyfelfontein is the Doros Crater, a site of interesting fossil remains. South of Tweyfelfontain is the desolate landscape of the Burnt Mountain, its shale and basalt vividly coloured as if burnt in an inferno. Another geological curiosity nearby are the perpendicular slabs of basalt known as the Organ Pipes. Between Khorixas and Outjo, is the geological oddity known as the Vingerklip. This relic of prehistoric erosion stands impressive 35 m high into the blue sky.

The arid but scenic Kaokoveld lies in the northwest of Namibia and consists of sandy plains, rugged mountains and rock-strewn hillsides, bounded in the north by the Kunene River. It is the home of the nomadic Himba and herds of desert elephants migrate along river valleys that are also inhabited by giraffe, while herds of gemsbok and springbok roam the plains. Bounded by the cold Atlantic Ocean in the west, the Skeleton Coast has aptly been described as the world’s largest shipping graveyard. It is an isolated stretch of coast dominated by sand dunes, gravel plains, salt pans and hills. It’s main attractions are its solitude and excellent angling opportunities. Both areas are only accessible for off-road vehicles.