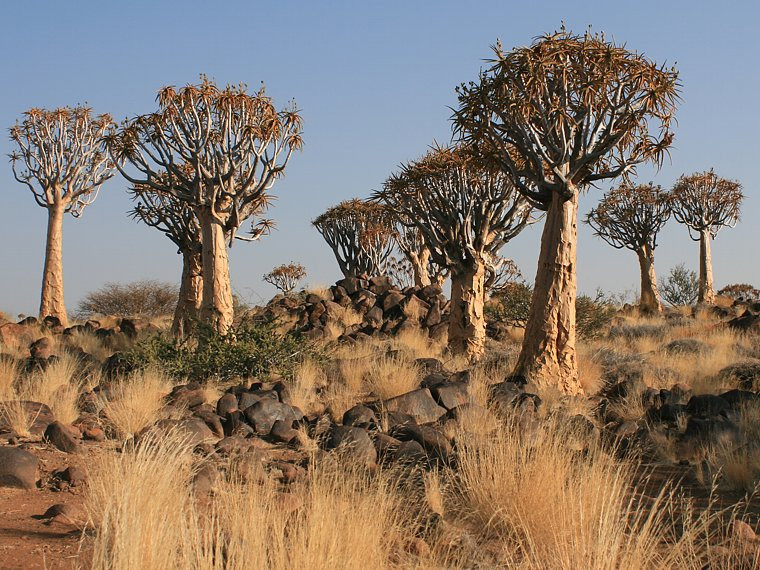 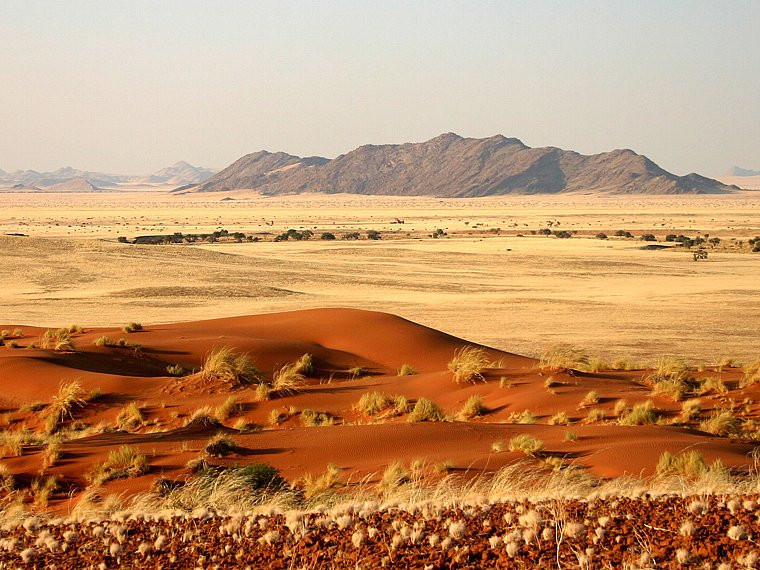 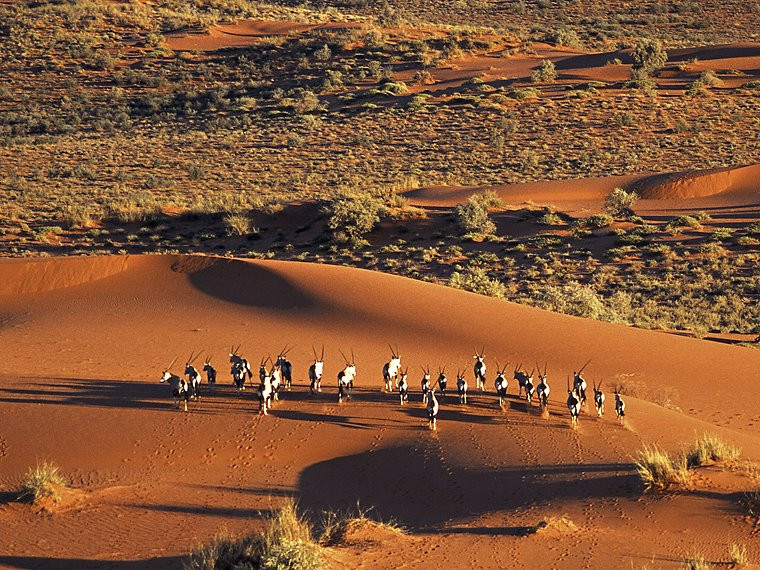 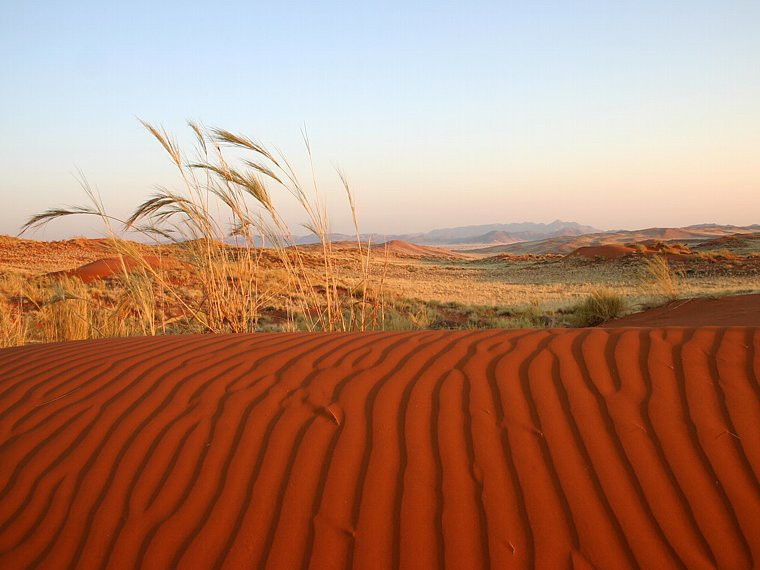 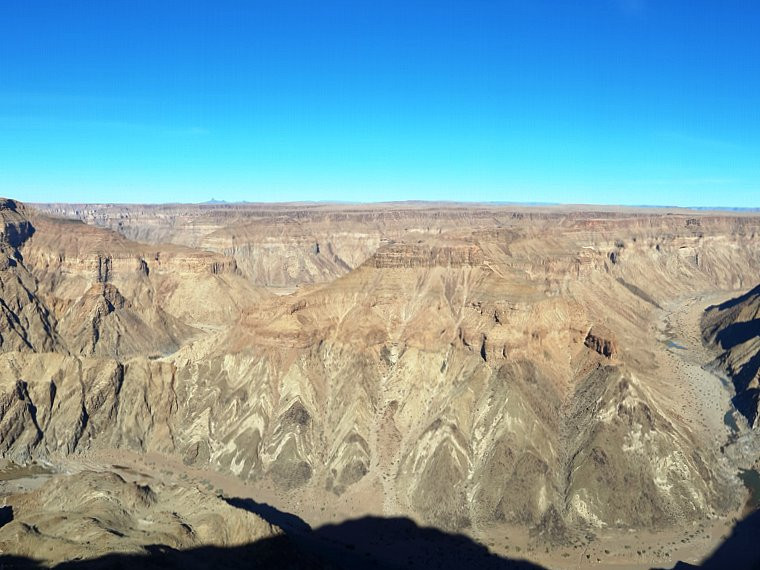 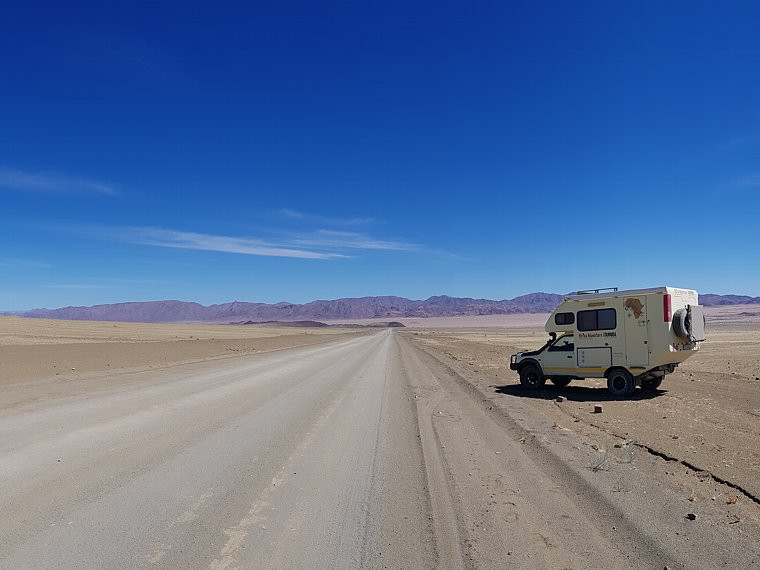 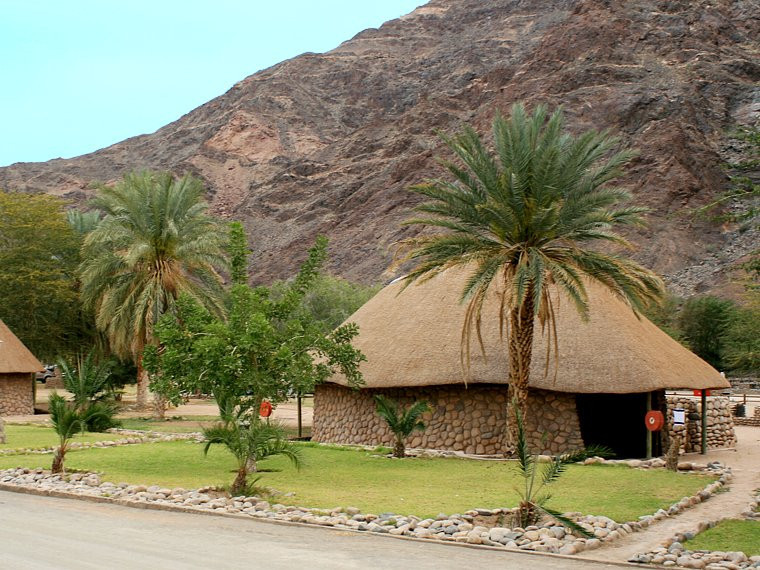 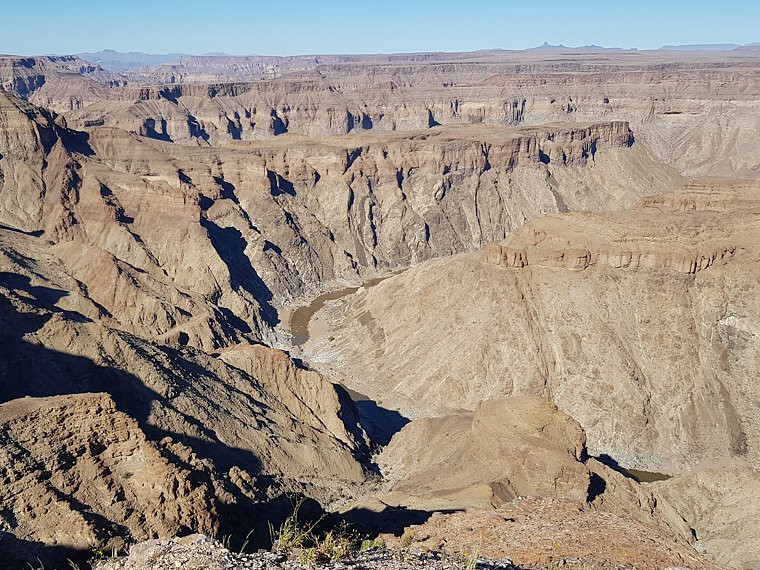 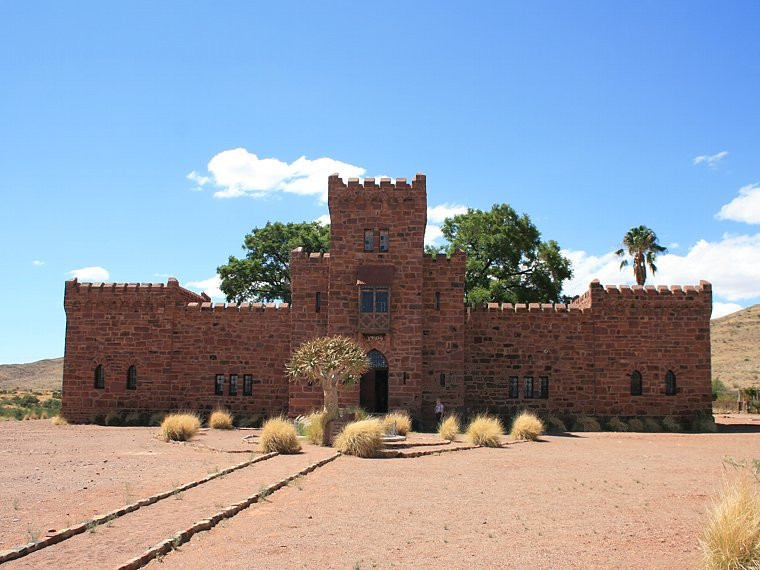 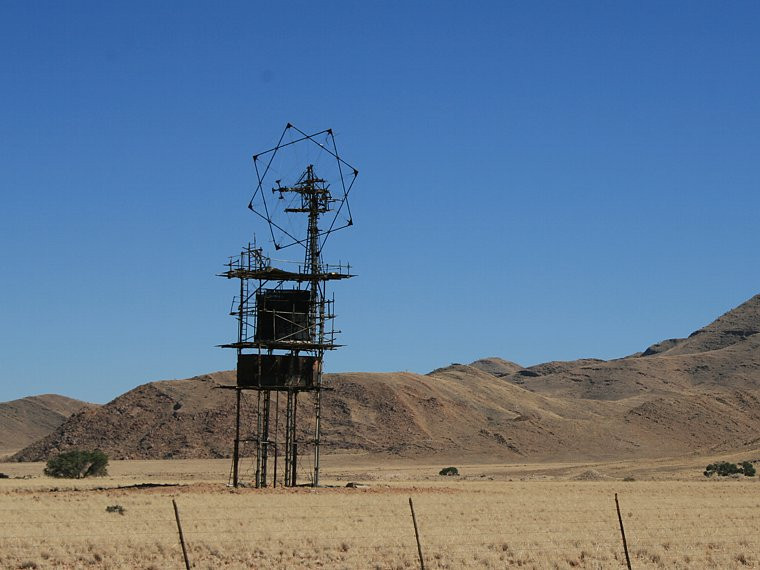 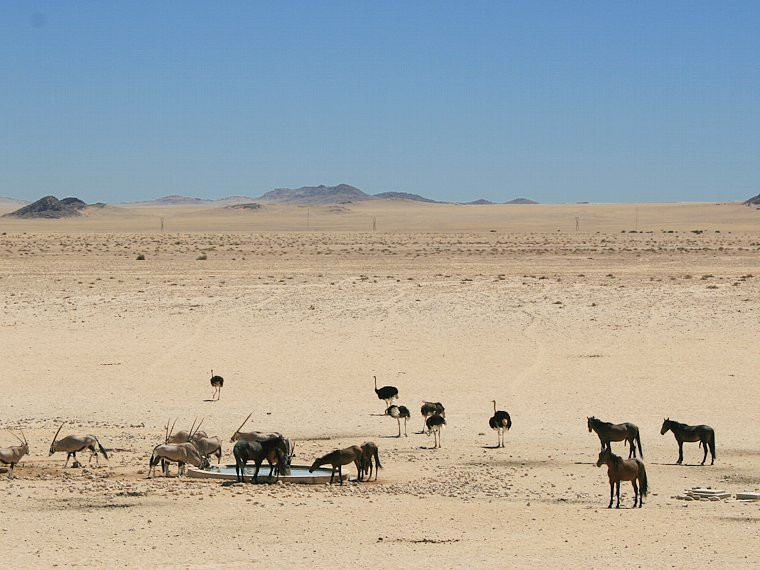 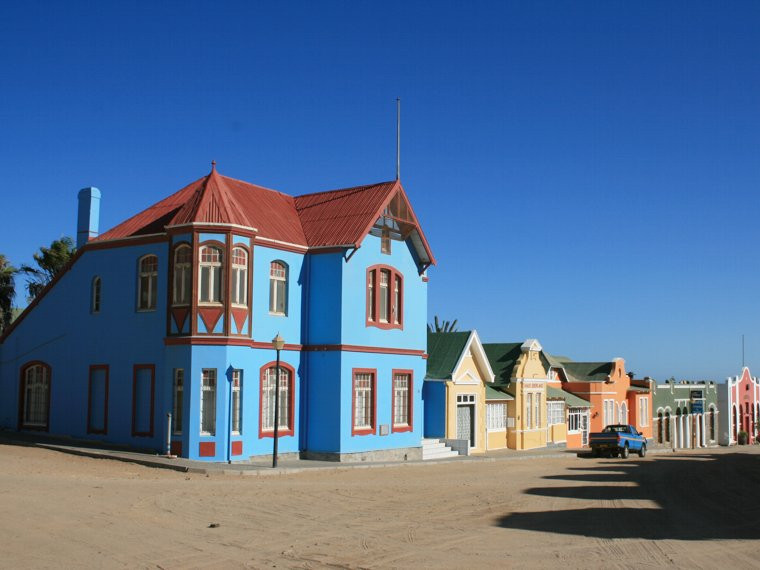 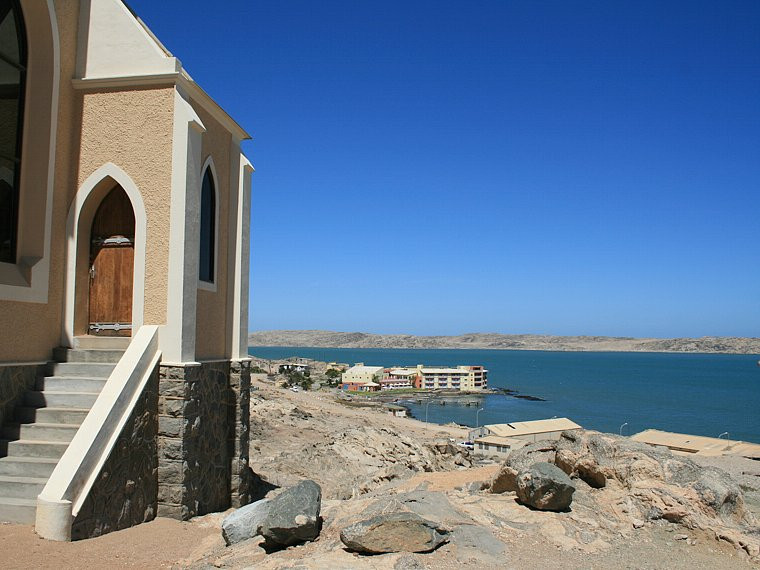 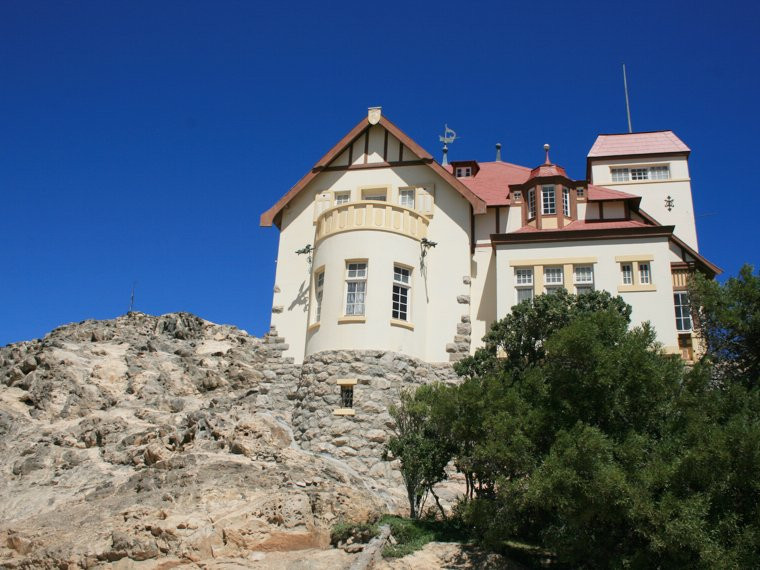 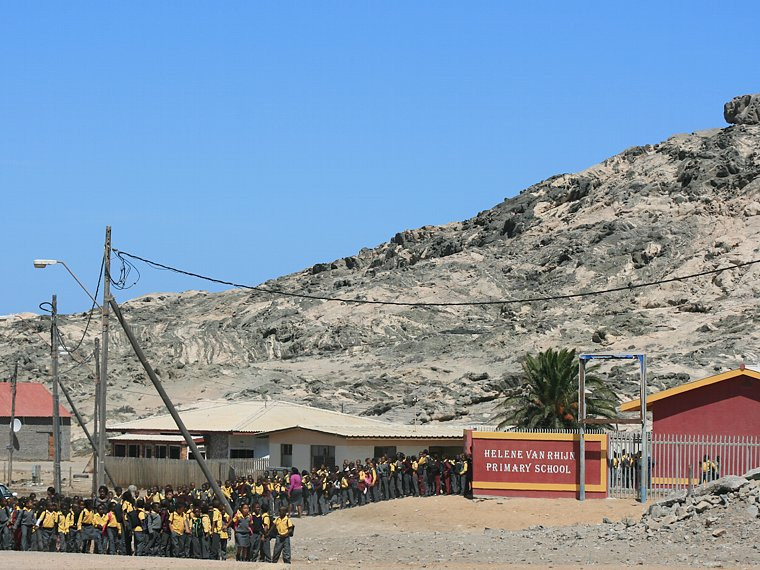 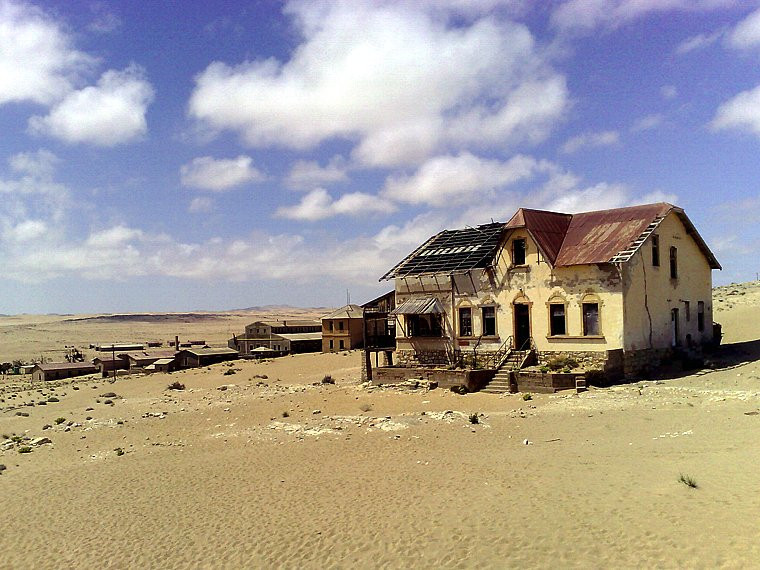 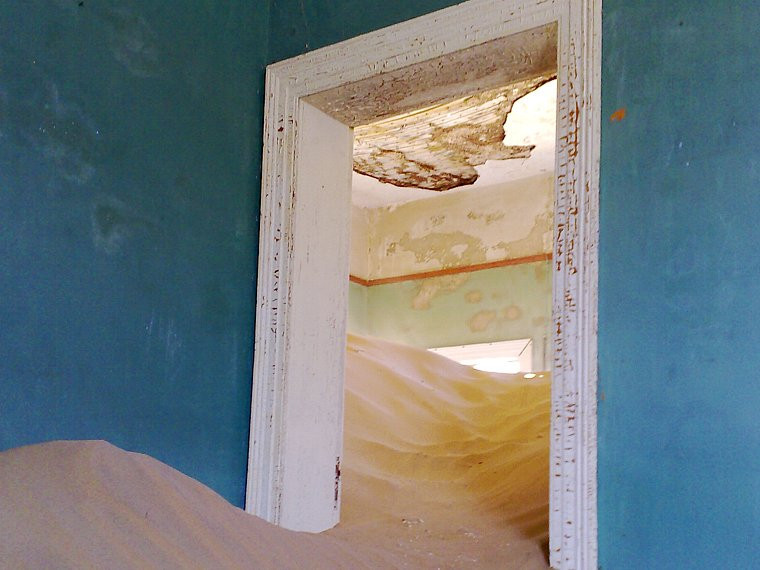 The Namibian Kalahari Desert is the largest continuous stretch of sand in the world with up to 30 meters high, sometimes hundreds of kilometers long, red sand dunes. It is crisscrossed with trees, rivers and fossil watercourses. Once a year, fairly regular rainfall allow a habitat for and the presence of numerous wild animals, birds, reptiles and amphibians, plants and insects. In the southern part of camel thorn, red ebony and other Acacia species are the main vegetation. Farther north, where the climate is more humid, savannah prevails.

But the real charm of the Kalahari is the uncanny silence and solitude of the sparsely grassed plains and open spaces. The population numbers are small and the few people live widely scattered. Sheep farming, limited agriculture with ostriches and other agricultural enterprises dominate the fluctuating labor market. Today, many of these companies are working together with the tourism industry. This brings additional income and job security for employees and vacancies for the unemployed in this region. Farm tours, game drives, walks, guided walks with Bushmen and cultural facilities on farms have made the Kalahari region a popular destination, especially for self-drive tourists .

The Kalahari extends to a large extent on the eastern part of the Hardap region. Mariental is the capital of the Hardap Region. It ’s name originated from the area’s first colonial settler, Herman Brandt, who named it Marie’s Valley, after his wife. As this area of Namibia receives very little rain, traditional farming techniques are being abandoned and farming is moving towards game farming. Mariental is also the centre of Namibia's ostrich farming industry as these birds cope well with the arid conditions.

With its vast surface area of 25 sq. km the Hardap Dam is a most impressive sight in the surrounding arid landscape and widely separated towns of southern Namibia. It is a paradise for water sport enthusiasts, and boathouses on the shore of the dam can be rented for added convenience. Fishing in these waters is exceptionally good and angling competitions are a regular feature. With many inlets and small islands this man-made lake provides a safe breeding place for a large variety of birds, including goliath herons, reed cormorants, flamingos, fish eagles and ospreys.

At the lake's western bank lies a small nature and game reserve of 20000 hectares. Here, one can go for scenic walks or drives. The resort supports many different species of antelope like springbok, oryx and kudu, as well as ostriches, mountain zebras and black rhinos. At the eastern bank lies a state-owned rest camp with chalets, a restaurant, a swimming pool and campground.

The little town of Gibeon is the settlement area of the Witbooi-Oorlam. One of their leaders was the legendary Hendrik Witbooi, who fought against German colonial rule and was killed in action in 1905. He is depicted on Namibia’s banknotes. The town became world famous for its meteorite shower. Some of the pieces, an iron-nickel mix, can be seen in museums all over the world.

One of the natural wonders of Africa is the Fish River Canyon. The 161 km long, 27 km wide ravine with a maximum depth of 550 m is surrounded by high, forbidding cliffs. The awesome grandeur of the canyon is surpassed only by the Grand Canyon in the USA. A road running for 25 km along the eastern edge of the canyon leads to a series of viewing sites with splendid views of this immensely powerful natural phenomenon. The Ai-Ais hot springs resort offers accommodation and caravan camp sites and is because of the immense summer heat and the danger of flooding closed from the end of October to the second Friday in March. The Hobas camp is opened all year around and is situated on the road to the canyon and its spectacular viewpoints.

The harbour town of Luderitz, set between the Namib desert dunes and the wild Atlantic seaboard, was founded by the Bremen tobacco merchant, Adolf Luderitz in 1884. It was the first German settlement in then Sudwestafrika. The town has a fine collection of graceful buildings dating from the German era. Set against the background of black rock and the sparkling blue waters of the bay, this architectural heritage gives Luderitz its special charm. Exploring the coast around the bay is rewarding, with its unspoilt beaches, caves, lagoons and reefs. There are boat trips around the bay and to a nearby seal colony, bird life is abundant. The old ghost town of Kolmanskop a few kilometres south-east of Luderitz dates back from the days of the diamond rush, and can be visited on weekdays.

The town of Keetmanshoop is major road, rail and air link and has a number of interesting old buildings dated back from German colonial times. Interesting tourist destinations in this region are: The Kokerboom (Quiver Tree) Forest, which is situated on the private farm Gariganus, 14 km north of Keetmanshoop, but open to the public. The unusual geological formation Brukkaros, an extinct volcano which has a crater of almost 2 000 m in diameter, on the main route from Windhoek to Keetmanshoop. Pride of the south is Duwisib Castle on the edge of the Namib, some 70 km to the south west of Maltahöhe. Built in 1908 by the eccentric Baron von Wolff and his American heiress wife.