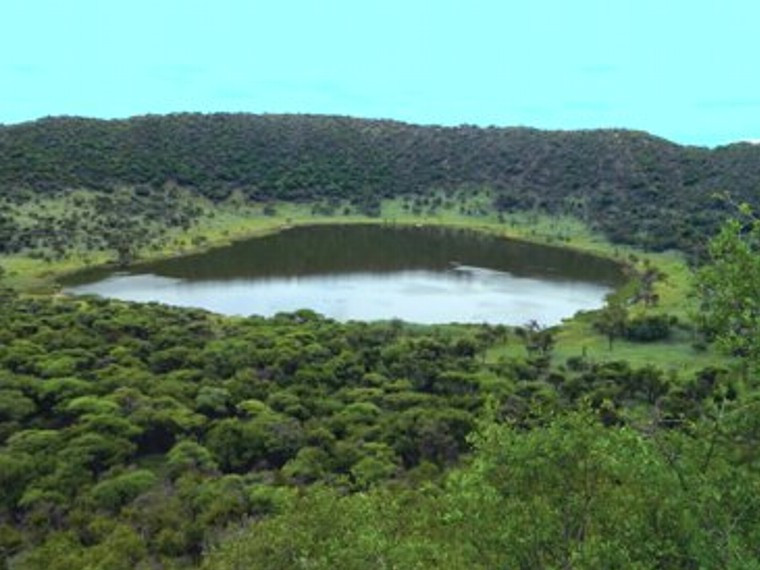 The easily accessible Tswaing Meteorite Crater, formerly known as the Pretoria salt pan, is located 40km northwest of Pretoria. Tswaing means “place of salt” and the remains of an old salt factory can still be found besides the saltine lake in the crater centre. With 1,4km in diameter and 200m depth, the crater occurred through a meteorite impact more than 220 000 years ago and is one of the best preserved meteorite impact crater in the world and one of four known impact craters in South Africa.

Explore an extensive wetland system with a large variety of plant- and bird species as well as smaller mammals such as otters, genets, brown hyenas, civets, steenbok, reptiles and frogs. The 7.2km hiking trail leads you into the depths of the crater where you can observe the crater lake and the almost 2000-hectare conservation area.