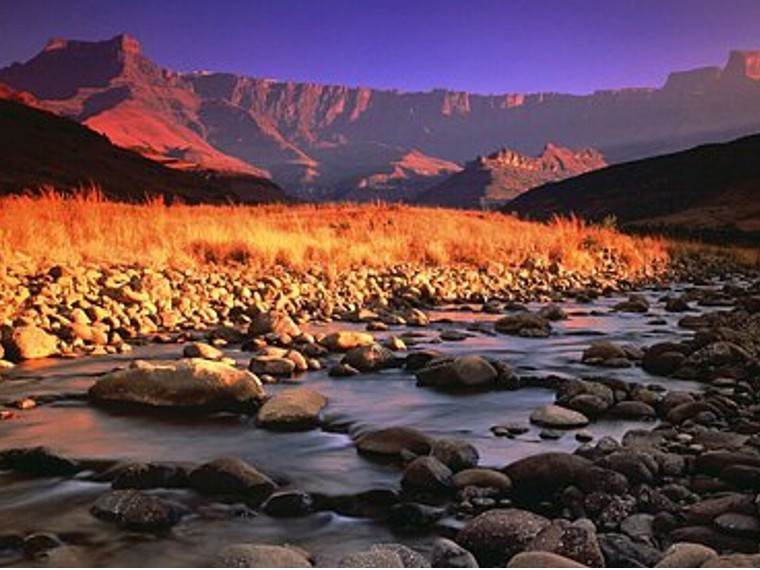 The majestic Drakensberg (Dragon Mountains) or uKhahlamba (the Barrier of Spears) extending over four South African provinces to Lesotho is a 200 km mountainous wonderland and world heritage site recognised for its towering peaks, birds of prey and rock art images.

The Bushmen were the original inhabitants of this area and were displaced by African Tribes and the early European Settlers. Today, one of Southern Africa’s great cultural treasures – the rock art of the San Bushmen – can be found in more than 300 caves in the Drakensberg. Out in the wild, huts and caves await weary hikers. Numerous activities ranging from rock climbing to horseback riding are available. Thousands of trails are marked across the Berg - from a short stroll through indigenous fern forests to strenuous daylong trips through rivers and up mountains in the face of nature.