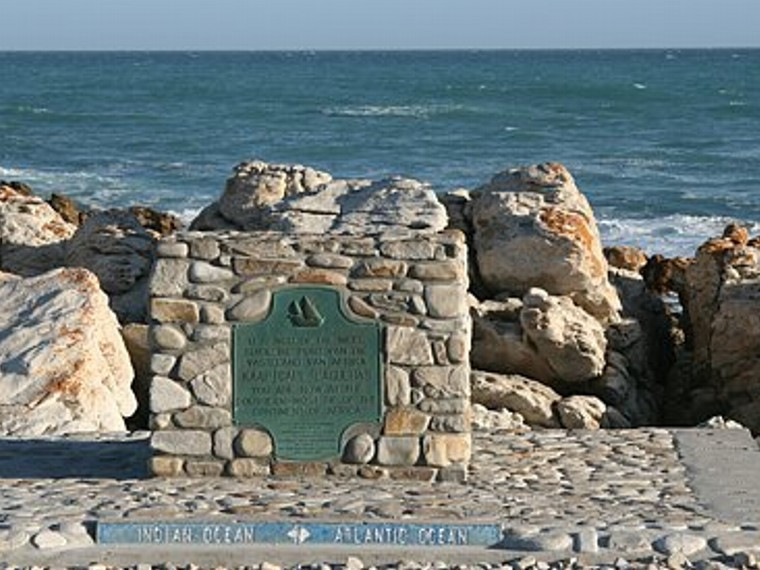 Cape Agulhas is a rocky headland in the Overberg region of South Africa. It is the town at the southernmost tip of Africa, with Agulhas National Park on its doorstep. Here you will find the second oldest working lighthouse in the country and the southernmost tip of Africa where the Indian and Atlantic oceans meet. The working lighthouse houses a museum. Feel free to climb the 71 steps to the top for a spectacular view of the town.

Historically, the cape has been known to sailors as a major hazard on the traditional clipper route. This treacherous coastline adds to the remote beauty of the area. A fascinating history and cultural legacy has been left here by the Khoikhoi beach nomads, who lived along the Cape Agulhas coastline for many centuries. The well preserved shell middens and fish-traps are of interest to historians and archaeologists.