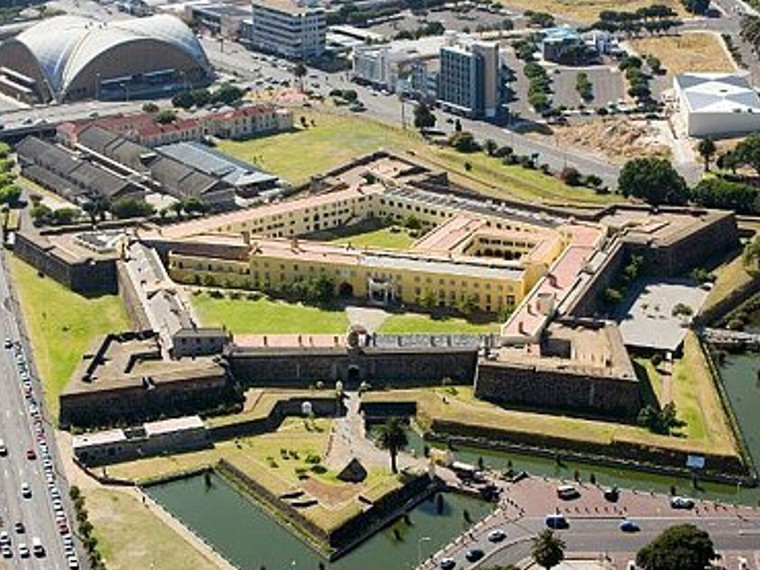 Castle of Good Hope is a five-sided Fort (built in 1666-1679) that is a unique combination of art, history, craft and military ceremonies. The castle is the oldest, preserved building of South Africa and became a national monument in 1936. It houses the administration of the Western Cape Defence Force, the William Fehr artwork, a military museum and ceremonial places for the traditional Cape Regiments.

The inner courtyard is divided by a wall, initially intended to provide protection to the inhabitants in the event of an attack. The well known Kat Balcony is an outstanding feature of the dividing wall. From this balcony, proclamations and announcements were made to the soldiers, slaves and civilians at the Cape. We also offer self-guided tours by means of a map in 7 languages, namely Afrikaans, English, German, Dutch, Spanish, French and Italian.